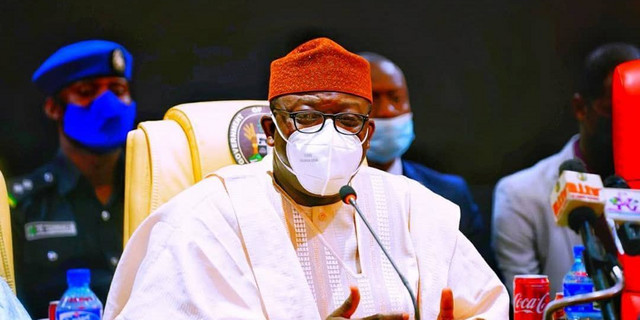 The Executive Governor of Ekiti state, Kayode Fayemi has set up a 9-member committer to harmonise the views of the government and people of the state on the review of Nigeria’s 1999 constitution.

This was disclosed in a statement released by the governor’s spokesman, Yinka Oyebode on Tuesday.

He said the setting up of the committee is in furtherance to the May 7 announcement by Ovie Omo-Agege, deputy senate president, on the plan to begin the review of some of the provisions of the 1999 constitution as part of efforts to ensure the participation of Nigerians in the proposed alteration.

In February 2020, Ahmad Lawan, president of the senate, inaugurated a 56-member committee to embark on another round of amendment of the 1999 constitution in 2018.

Omo-Agege had invited all Nigerians to a zonal public hearing on the review of the 1999 constitution held in May.

The governor asked members of the committee to ensure that they deliver practicable proposals suggested by the government and people of Ekiti.

He said the committee is to be chaired by Olawale Fapohunda, the state attorney-general and commissioner for justice.

Other members are Adeoye Aribasoye and Tajudeen Akingbolu, who are members of the Ekiti state house of assembly.

Others are Kunle Ajayi of the Ekiti State University and Rita Ilevbare of the Ekiti state gender-based violence management committee as well as Ayo Daramola, senior special assistant on legal matters to the governor, who will serve as secretary to the committee.

According to him, the committee is expected to participate actively at the zonal and national meetings of the national assembly on constitutional review.