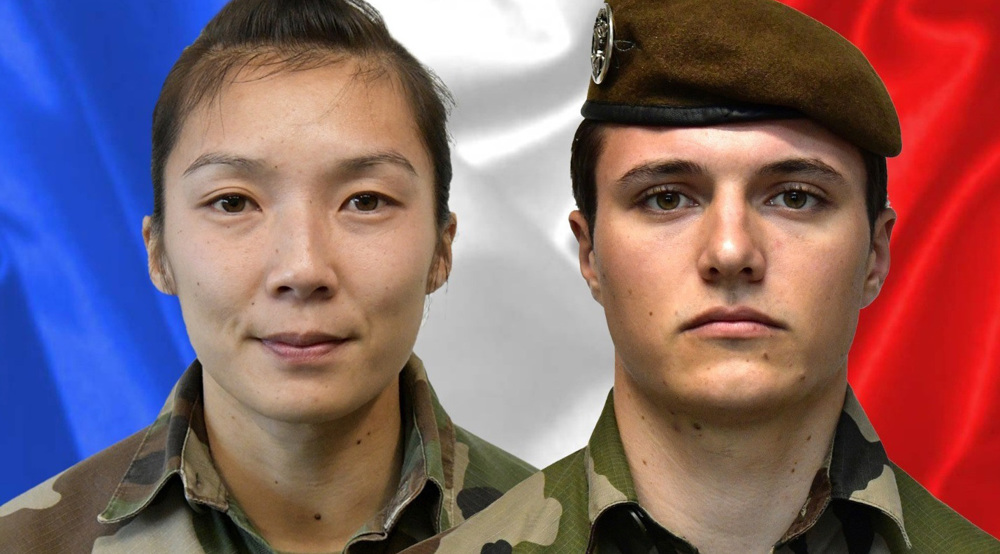 Two French soldiers were killed when their vehicle hit an improvised explosive device in northeastern Mali on Saturday, just days after three others died in similar fashion.

Their deaths brought to 50 the number of French soldiers killed in the West African nation since France first intervened in 2013 to help drive back jihadist forces, according to army staff.

President Emmanuel Macron “learnt with great sadness” of the deaths of Sergeant Yvonne Huynh and Brigadier Loic Risser in the Menaka region, his office said in a statement.

Huynh, aged 33 and mother of a young child, was the first female soldier killed in the Sahel region since the French operation began.

Risser was 24. Both were members of a regiment specialising in intelligence work.

“Their vehicle hit an improvised explosive device during an intelligence mission,” the French presidency said of Saturday’s incident.

Another soldier was wounded in the blast but their life is not in danger, it added.

France’s Barkhane force numbers 5,100 troops spread across the arid Sahel region and has been fighting jihadist groups alongside soldiers from Mauritania, Chad, Mali, Burkina Faso and Niger, who together make up the G5 Sahel group.

But lack of equipment, funds and training, together with problems in deployment and coordination on the ground, have left the group struggling for credibility and still dependent on France, the force’s big political backer.

Macron affirmed France’s determination to continue its role in “the battle against terrorism” after Saturday’s attack.

The Al-Qaeda-linked Group to Support Islam and Muslims (GSIM) has claimed responsibility for the earlier attack that killed three French soldiers in the centre of the poor Sahel state.

Those deaths were also due to an army vehicle hitting an explosive device.

The group, the main jihadist alliance in the Sahel, cited a string of reasons for the attack including the continuing French military presence in the region, cartoons of the Prophet Mohammed published by a French newspaper and Macron’s defence of them in the name of freedom of expression.

Mali’s governing military council overthrew president Ibrahim Boubacar Keita in August 2020 after weeks of protests sparked partly by his failures to roll back the insurgents.

The junta has not ruled out negotiations with armed groups in the face of persistent bloodshed in the region.

Four thousand people died in 2019 from jihadist violence and ethnic conflict stirred by Islamists across Mali, Burkina Faso and Niger, according to the UN.