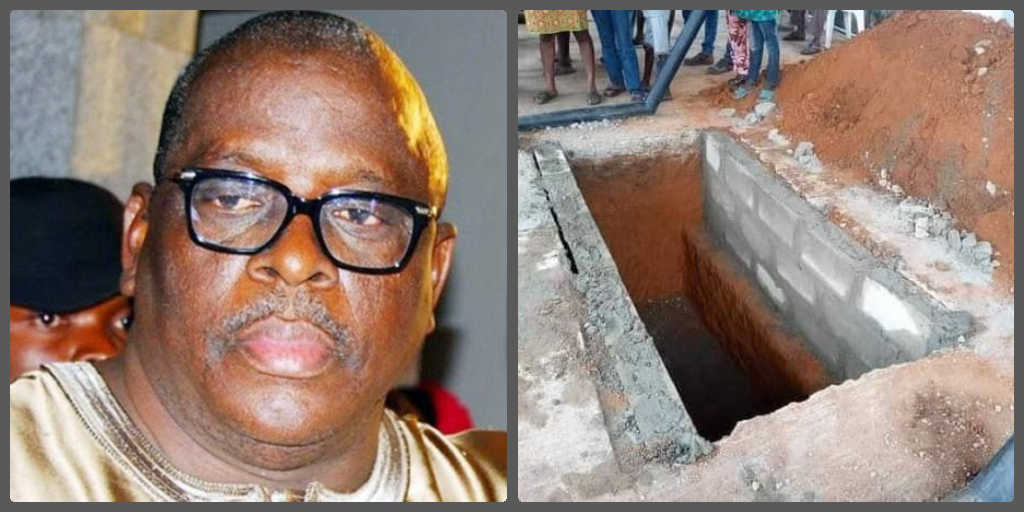 The remains of the late former senator, Buruju Kashamu, have been buried.

He was buried at about 12:55 pm on Sunday at his Ijebu-Igbo home.

Earlier, the Governor of Ogun State, Dapo Abiodun, was at the Ijebu-Igbo home of the deceased politician.

Also, a crowd of sympathisers and loyalists of the late Senator, who represented Ogun East Senatorial District between 2015 and 2019, thronged Kashamu’s Ijebu-Igbo home.

The PUNCH reports that Kashamu died on Saturday, due to COVID-19-related complications at the age of 62.

Our Correspondent learnt that the remains of Kashamu arrived from Lagos on Saturday night in Ogun for burial.

Many residents who spoke with our Correspondent described Kashamu as a philanthropist whose contributions to humanity could not be quantified.

The entire town wore a mournful look as sympathisers who cut across religious beliefs and political party affiliations were all on ground to bid the late politician goodbye.