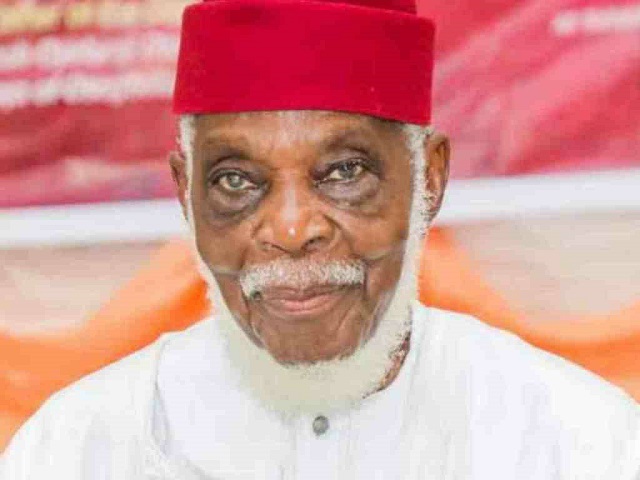 The Governor of Ekiti State, Kayode Fayemi, has announced a 13-member committee to coordinate the burial ceremony of late Afenifere leader, Ayo Fasanmi.

Recall that Fasanmi died after a brief illness on Wednesday at the age of 94 years.

According to a statement by the governor’s spokesperson, Yinka Oyebode, on Sunday, the committee will work with the family of the late elder statesman and the government of Osun State to ensure a befitting burial for the deceased in Iye Ekiti in Ilejemeje Local Government Area, Ekiti State on Tuesday.

The committee is headed by the Secretary to the State Government, Biodun Oyebanji.

He also served on the Board of the defunct Western Nigeria Housing Corporation and was National President of the Pharmaceutical Society of Nigeria.

In the current Fourth Republic, Mr Fasanmi served as the National Vice Chairman (South-West) of the Alliance for Democracy.