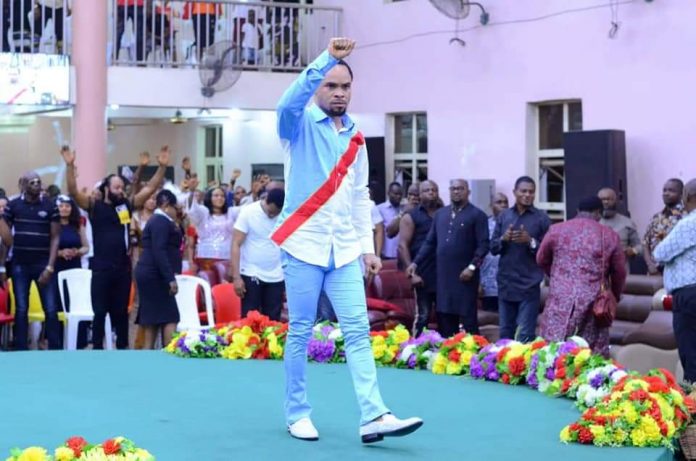 Prophet Odumeje who spoke on the 2023 Presidency for the first time, decried the depletion of the Nigerian economy, saying an Igbo presidency can bring about a total turn around.

This online news platform understands that Prophet Odumeje, who is the Spiritual Director of Mountain of Holy Ghost Intervention Deliverance Ministry World Miracle Center, alias Land of Freedom in Onitsha, Anambra state, made this comment over the weekend in Abia when he paid a visit to Senator Orji Uzor Kalu, Senate Chief Whip and former Governor of Abia State, at his Camp Neya residence in Igbere, Bende local government area of the state.

The controversial Anambra based prophet, who has suddenly moved from the “most hated” to the “most liked” pastor on social media with Nigerians making various videos with his nicknames: “The Lion, Indaboski or Liquid Metal” solicited for the support of other regions for the actualization of a President of Igbo extraction when 2023 Presidency states centre stage.

“We are the ones that will make the economy of Nigeria to be good and enjoyable. Igbo people are competent to take over the country and this is our time” he declared.

Meanwhile, Prophet Odumeje’s statement is coming at time groups and individuals are calling on Senator Kalu, who recently regained freedom from prison, to vie for the office of the president in the 2023 general election.

The controversial Odumeje also declared Senator Kalu qualified to take over the number one job in Nigeria, adding that that the Igbo presidency in 2023 is a divine mandate and a moving train “and nothing can stop it.”

In a related development, Prophet Odumeje has said he would be coming with a new power tagged “Daboskabash” before the end of 2020.