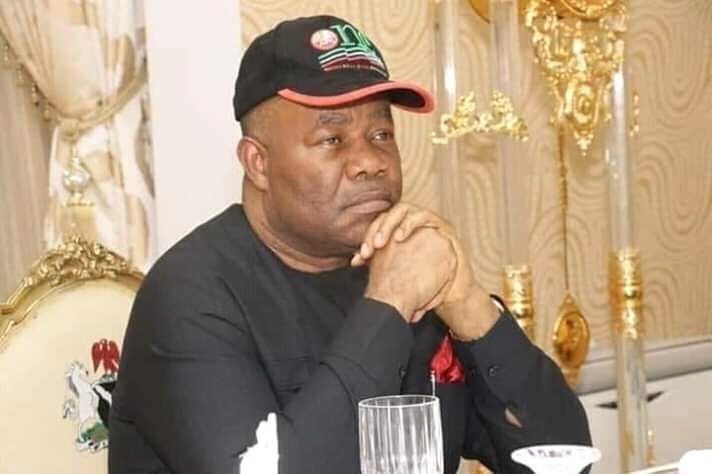 The former governors of Delta State, James Ibori and Emmanuel Uduaghan have been linked by the Minister of Niger Delta Affairs, Godswill Akpabio, to the contracts awarded by the Niger Delta Development Commission.

Others on the list forward to the Speaker of the House of Representatives, Femi Gbajabiamila, on July 23 are the Chief Whip of the Senate, Senator Orji Uzor Kalu, and Senator Ifeanyi Ararume, among others.

The letter, which was also copied to the office of the Attorney General of the Federation/Minister of Justice, was addressed to the Clerk to the House, Mr Patrick Giwa, with Reference Number MNDA/HM/04/IV/158.

It was titled, ‘Some Niger Delta Development Commission Contracts Allegedly Given to Some Members of the National Assembly (Senate and House of Representatives).’

According to the document forwarded to the Speaker by the former Governor of Akwa Ibom state, one of the projects linked to them was awarded in 2018 at a cost which ranges from N400m and N560m each.

Meanwhile, one of the projects linked to Ibori was the emergency repairs of Onoghove community road from Ajanesan to Western Delta University at a cost of N485.7m.

Uduaghan was linked to the emergency repairs of Close B, Alhaji Estate & Environs, Rumuodomaya, Port Harcourt at a cost of N429m.

Five projects were linked to Kalu, who was simply identified in the document as OUK-Kalu (the project source).

The emergency repairs on roads projects linked to Kalu are in Abia State and the costs ranged from N517m to N560m.

The cost of the 12 projects linked to Senator Ifeanyi Ararume, located in Imo and Rivers states, were not indicated in the documents.

The NDDC document, however, listed some the projects to include, emergency repairs of Umuelemai-Aba branch road, Anara-Okwelle-Umuna Road, Okpara-Road junction-Ogili Community all in Imo State.