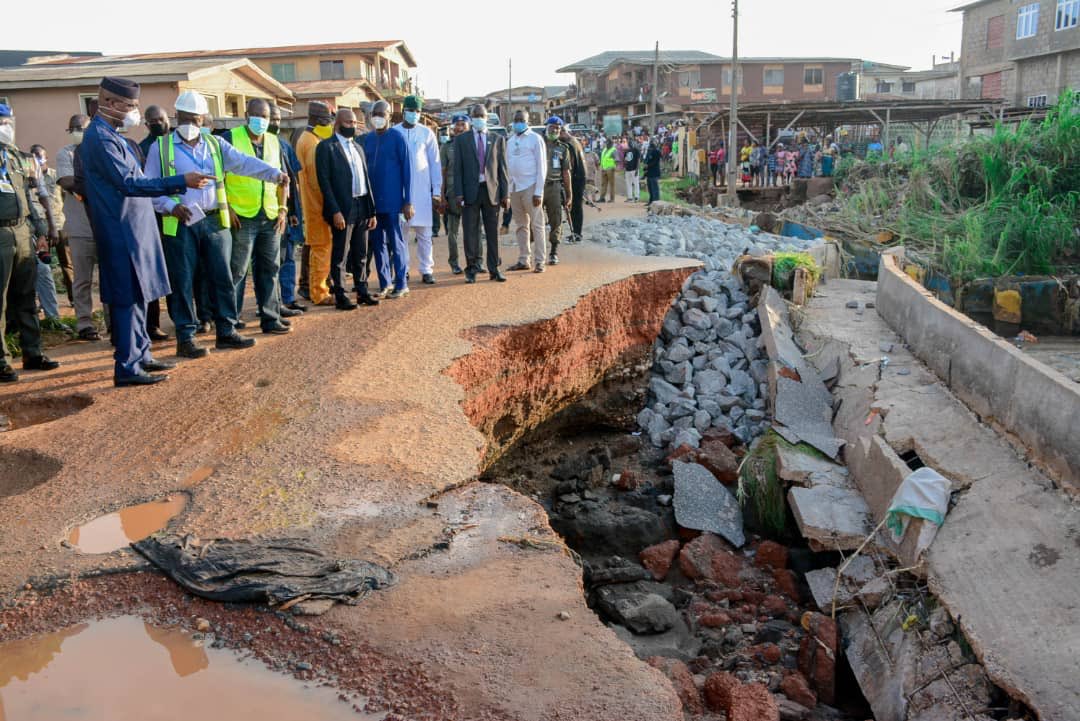 Ogun State Governor Dapo Abiodun has said his administration would carry out channellisation projects in the flood-prone areas to end perennial flooding in Abeokuta, the state capital.
He promised to assist those who lost property and belongings to the flood.

The governor, who stated this when he visited the areas affected by last weekend’s torrential rain, regretted the huge loss caused by the flood.

Abiodun, who sympathised with victims and urged them to obey all building construction laws, said that he had assessed the damage caused to the roads and bridges with a view to carrying out comprehensive and proper channelisation of the waterways to bring a permanent solution to flooding in the state capital.

“I want to assure you that we will repair the damaged roads, expand the gutters and bridges so that when sure rains fall, the gutters and the bridges would be able to accommodate the large volume of water. With this, the problem of erosion would be a thing of the past,” he promised.

Also speaking, the Secretary, Isale-Oja/Kuto Community Development Association (CDA), Alhaji Bello Mohammed, told the governor that his community had been experiencing flooding yearly in the last 10 years as a result of water flowing to the area.

In another development, public school teachers in Ogun State yesterday demanded provision of Personal Protective Equipment (PPEs), infrared thermometers, hand sanitizers, among other conditions, for reopening of schools in the state.

Other conditions given by the teachers include fumigation of school premises, provision of running water, alcohol-based sanitisers, training of teachers on how to use the thermometers and standby health personnel within one-kilometre radius of schools.

Chairman of Ogun State Branch of the Nigeria Union of Teachers (NUT), Titilope Adebanjo, who stated this while speaking with journalists at the union’s secretariat in Abeokuta, the state capital, insisted that the conditions must be met before schools could reopen in the state.

Besides, Adebanjo, who urged parents to provide face-masks for their children before sending them to school, expressed optimism that schools would be reopened in the state before the next two weeks if the conditions are met by the government.