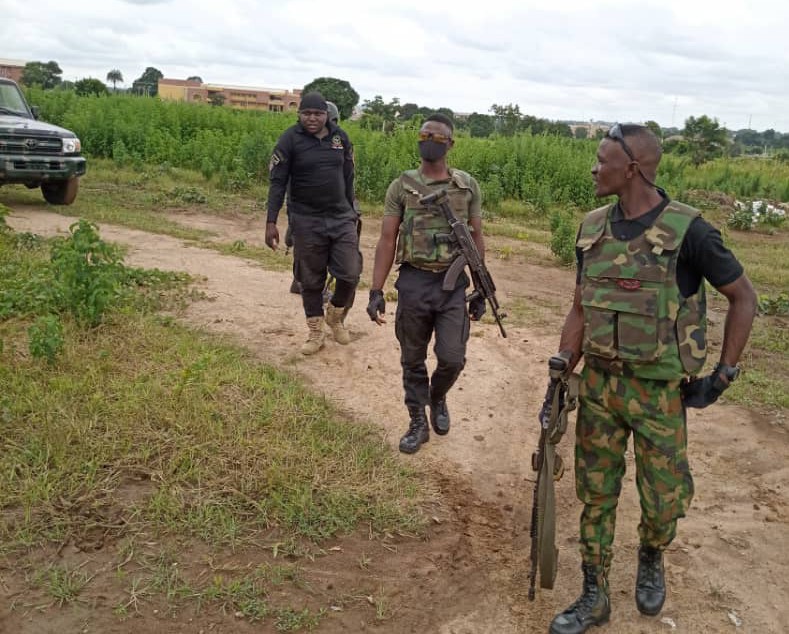 Troops of the Nigerian Military deployed for Operation ‘Hadin Kai’ on Saturday foiled ambush attacks on some motorists and commuters in the North East, PRNigeria reports.

The attacks, which occurred on two highways in Borno State, was staged by fighters of the Islamic State of West Africa Province (ISWAP).

It was gathered that the terrorists, had first mounted multiple check-points at Banki Junction to kidnapped civilians in Bama local government area of the State, yesterday.

PRNigeria learnt from a top military intelligence commander that mobile troops of 151 Task Force Battalion, on patrol within the general area, foiled the insurgents’ operation immediately after responding to a distress call.

According to the commander, the ISWAP fighters who had held some civilians captive on the road, fled on sighting approaching troops, abandoning their victims in the process.

He said one of the commercial vehicles’ rear screens was damaged by gunshot, but there was no loss of life.

Similarly, troops of 152 Battalion, on a separate patrol along Bula Yobe – Darel Jamel road yesterday, responded to a distress call about another ISWAP attack on motorists.

Meanwhile, in another development, seven Nigerian soldiers survived bomb attacks when they ran into an Improvised Explosive Device(IED), planted by ISWAP terrorists along Maiduguri-Damboa road.

An intelligence source told PRNigeria that the troops were on a long-range patrol to protect commuters when the incident occurred.

“The soldiers from the 134 Special Forces Battalion 7 Division Garrison Maiduguri were escorting commuters when their vehicle stepped on the IED planted along the route Delwa – Bulabulin, Damboa Local Government Area on Saturday, Feb 12, 2022.

“No fatality was recorded during the incident but 7 soldiers sustained injuries and evacuated to Maiduguri for prompt medical attention.”