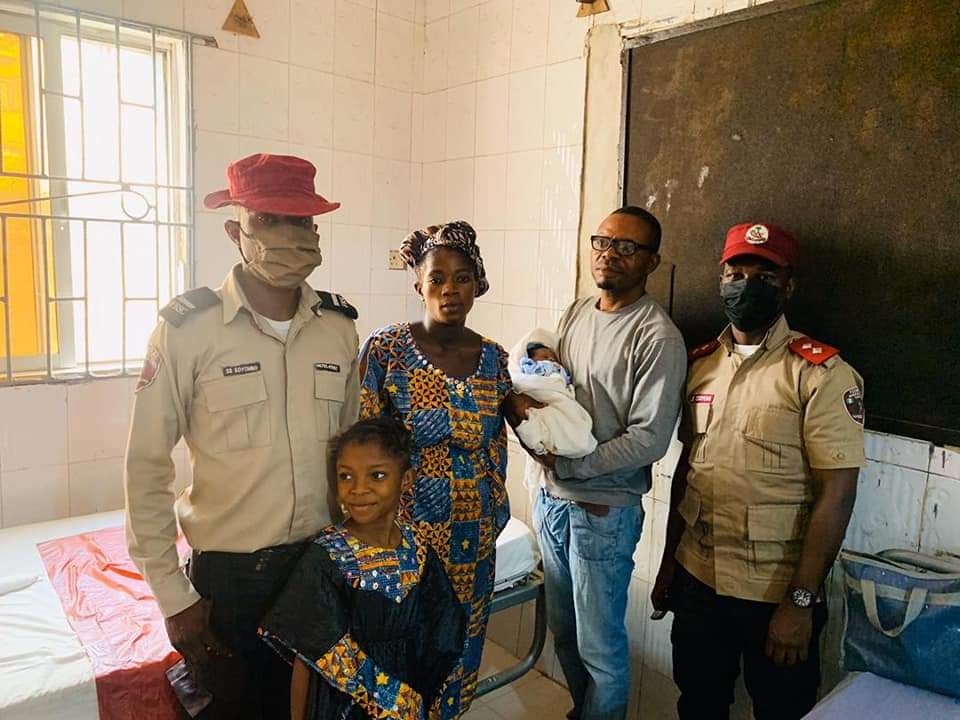 Officers of the Federal Road Safety Corps, Ogun State Sector Command, assisted a pregnant woman, Mrs. Ola in labour to deliver a baby while in transit around the Mowe area of Ogun State on Friday.

The FRSC Public Education Officer, Assistant Corps Marshal, Bisi Kazeem, who disclosed this in a statement said the assistance became imperative to save the pregnant woman and her baby.

Kazeem said the team which was on patrol at Mowe area of Ogun State, team led by Deputy Route Commander Damilola Osiyemi of Mowe Unit Command, assisted the woman who was in labour around 1430hours on Friday.

“The woman, Mrs. Ola of No 7, Aiyegbami street Sagamu boarded a vehicle Mitsubishi space wagon with Reg No: FKJ 904 HE from Sagamu.

“She was sighted in labour and she was later rushed to Broad Life Hospital, Olowotedo near NASFAT area, Mowe Ogun State, by the team where she later delivered a baby girl.

The FRSC Assistant Marshal urged all motorists to feel free to seek help whenever needed from the FRSC operatives on the road.

He stated that the command would not relent on its determination to do anything that would safeguard the lives and property of the residents of Ogun on the road and Nigeria at large .