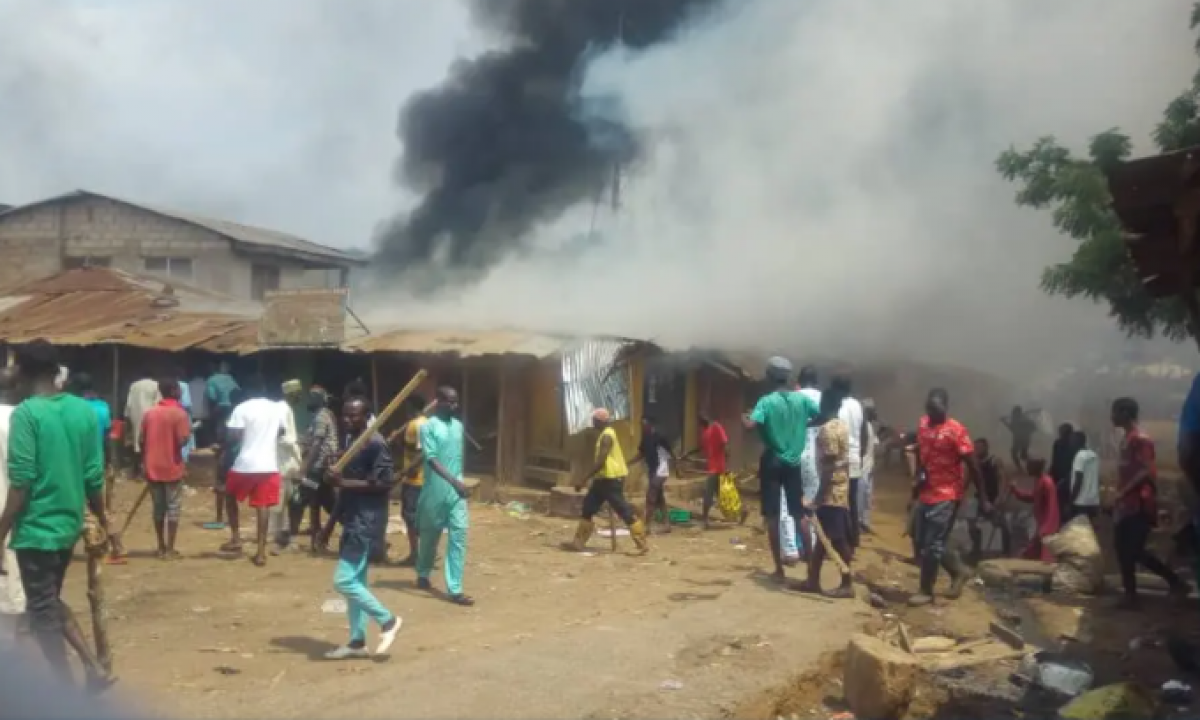 No fewer than eight persons have been reported killed in a communal clash that occurred in Bisaula and Gwanda communities of Kurmi Local Government Council of Taraba State.

The upheaval, it was learnt erupted on Wednesday, was said to have been between the Ichen and Dakka people in the aforementioned communities.

Aside the killings, several houses and valuables worth millions of naira were as well confirmed to have been razed down in the melee.

Confirming the incident, the President of the Ichen Cultural Development Association, Dr. Bibinu Ahmed, admitted that four of his people were killed.

Also on their parts, the people of Dakka community, confirmed that while one of their person was killed in Bisaula, three were killed in Gwanda.

The lingering crisis, as gathered , started last December when the people of one of the communities attempted to install a village head in Bisaula, but were alleged to have been resisted.

Describing the crisis as “unfortunate ”
the Youth Leader of Dakka in Bisaula, Kefas Magaji, called on the government to investigate the causes and put in place measures that would prevent further outbreaks of crisis in the communities.

One of the Senior police officers from the council, who also confirmed the incident, said that normalcy has begun to return to the affected communities and the council at large.

Though no arrest has been made as at the time of filing this report, but a team of policemen has been drafted to the communities to track down perpetrators.