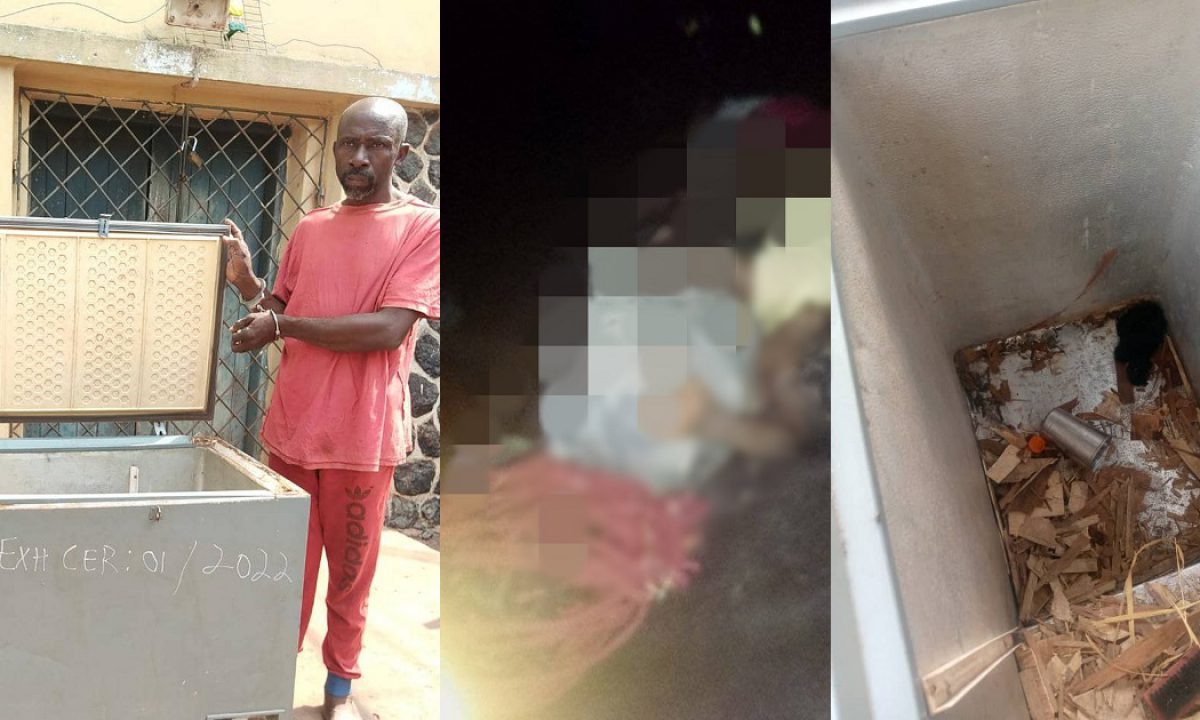 The men of the Enugu state police command have arrested a 52-year-old man, identified as Ifeanyi Amadikwa, for the alleged murder of his three children in Emene, Enugu state.

The suspect allegedly murdered the three female children, Chidalum Amadikwa aged 11 (who is his step-daughter), Amarachi Amadikwa aged 8 and Ebubechukwu Amadikwa aged 4 and dumped their bodies in a spoilt freezer.

It was gathered that the mother of the kids had left them with their father while she went to the market with her only male child. However, when she returned from the market in the evening, she discovered they had gone missing.

The lifeless bodies of the three girls were later found in a spilt freezer the suspect brought home from his shop on January 2nd.

Their bodies had bruises all over suggesting that they might have been murdered and dumped in the fridge.

The spokesperson of the state police command, DSP Daniel Ndukwe, who confirmed the incident to newsmen said the lifeless bodies of the children were immediately moved to the hospital, where they were confirmed dead by medical doctors on duty, and deposited in the mortuary for autopsy.

Meanwhile, photos and videos from the incident which occurred on January 4, 2022 have found it’s way to the internet.