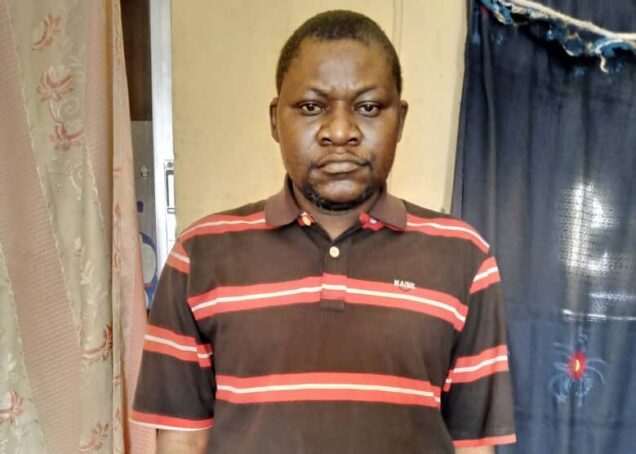 The Niger State Police command has arrested a man, Abubakar Mohammed Buba for hiring an assassin to kill his 52 year-old father, to enable him take over his assets.

He was arrested by Police operatives attached to Chanchaga Division.

His hired assassin, is at large.

Mohammed Buba, in his 20s, is being held for criminal conspiracy and culpable homicide of his father, Alhaji Mohammed Buba.

Alhaji Buba was stabbed to death in his residence at Korokpan, Paikoro LGA on 13 October, 2021.

During interrogation, his son confessed to have conspired with one Aliyu Mohammed of Chanchaga to kill him.

He later led Police operatives to Tagwai-Dam where the body of his dad, Alhaji Buba was dumped after being severed and packed in a sack.

He confessed further to have paid N110, 000 to the fugitive assassin Aliyu.

He said he sold his dead father’s property to raise the balance.

Police said they are making efforts to arrest the fleeing hitman Aliyu Mohammed.

In the meantime, the case has been transferred to SCID Minna.

Abiodun said Mohammed Buba will be prosecuted immediately after investigation.

*WE apologise for the mix-up of photograph