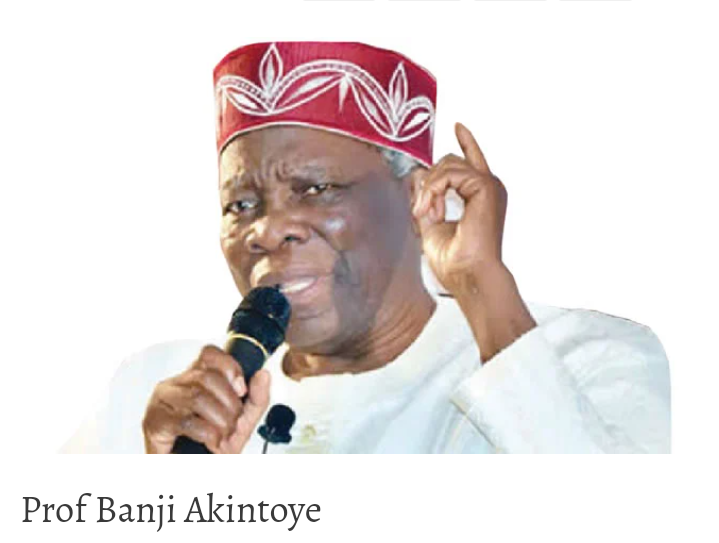 An arrowhead of Yoruba Nation agitation, Prof Banji Akintoye, has unveiled a mobile application, Pajawiri, designed to track kidnappers and kidnap victims in the South-West zone of Nigeria.

The historian and leader of the umbrella body of Yoruba self-determination group, Ilana Omo Oodua, made this known at an event in Ibadan, Oyo State.

According to him, the application will expose criminal elements wherever they are with their victims, once the victims have the application installed in their phones, either on or off.

He said the security system, which can be downloaded on Play Store, also has another system called ‘Afinihan’ that can be used by those without android phones to link up with those with the full application.

Speaking at the unveiling ceremony held in Ibadan, Akintoye, who joined the event virtually from the Benin Republic, said the emergence of Pajawiri is evidence that the Yoruba people are too intellectually sophisticated to be subdued.

“We have now proven to the world that we cannot be captured nor be subdued. We are too intellectually sophisticated to be subdued.

“It is these innovations and intellectual powers that we will deploy to get ourselves out of the quagmires of Nigeria,” the 86-year-old said, according to a statement by his spokesman, Maxwell Adeleye.
Continuing, he said, “Those in possession of the ‘Pajawiri’ app on their telephone, will be able to activate the app instantly, whenever they find themselves in danger. By activating the app, they will be able to alert their families, their friends and their neighbours that they are in danger and that they need help.

“In that way, no Yoruba person needs to be alone anywhere on their farms, schools, market places, shops and anywhere else. Any person who finds himself threatened by danger and who is in possession of Pajawiri will be able to alert other persons for help.”

Akintoye had been seen at Yoruba Nation rallies with embattled agitator, Sunday Adeyemo aka Sunday Igboho, before the latter’s arrest on July 19, 2021, at an airport in the neighbouring francophone West African nation.