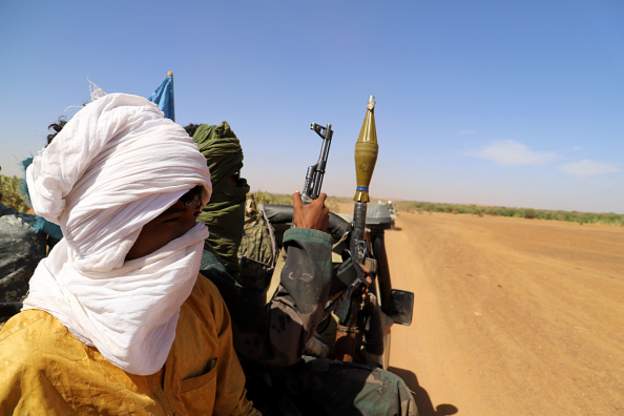 Some gun-wielding men suspected to be members of the Boko Haram terrorist group have reportedly whisked away a total of twenty-two young girls in Niger State.

The terrorist reportedly stormed Kurebe, a community in the Rafi local government area of Niger State on Thursday and abducted the girls who are said to be between 14 and 17 years.

Alleged that the terror group abducted the teenagers purposely for marriage.

The assailants were said to have notified the community of their coming, informing them to withdraw the girls from school as they (gunmen) would be coming for them.

“They actually carried out their threat without any resistance or any security check,” Daily Post quoted a source as saying.

The source who pleaded to remain anonymous reportedly said that the group leader, Malam Sadiku has been freely preaching weird Islamic ideology for several months in the area.

He stated that despite reporting the development to relevant authorities no action was taken.

It could be recalled that the state Governor, Abubakar Sani Bello- had lamented earlier that Boko Haram terrorists are in control of five communities in Rafi and Shiroro Local Government Areas of Niger State.

The governor stated this in a statement issued by the Secretary to the State Government, Ahmed Matane on Monday, Naija News understands.

Matane identified the affected communities as – Kurebe, Farina Kuka, Gussau in Shiroro LGA and Madaka, Hanawanka in Rafi LGAs of the state.

He further stated that the activities of the insurgents in these communities have forced residents of the communities to migrate to the safer part of the state and outside the state.