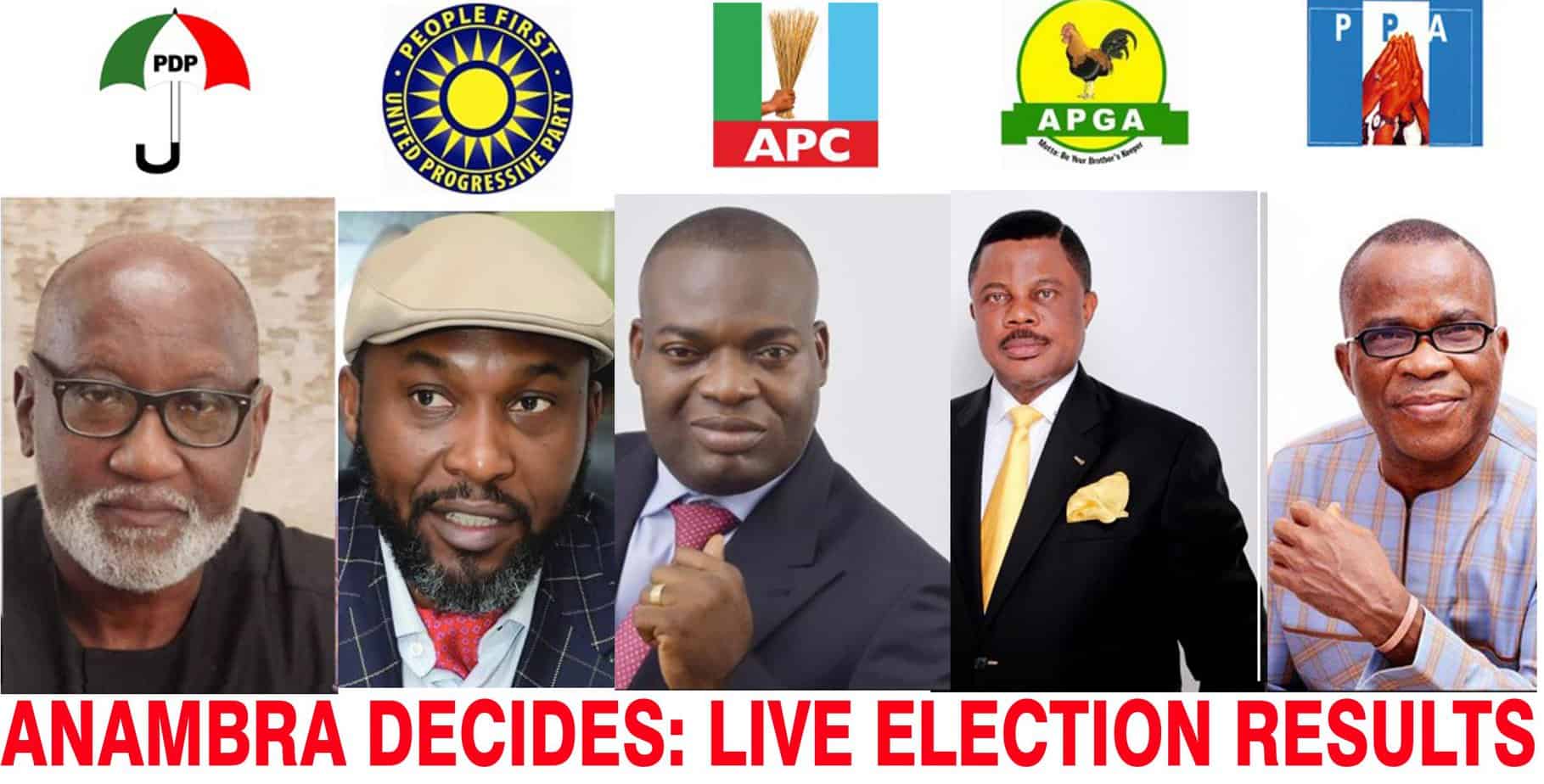 Results of the Anambra State governorship election are already coming in from the headquarters of the Independent National Electoral Commission, INEC, as received from the various Local Government Areas, LGAs.

INEC officials have concluded the voting exercise in almost all the polling units while ballot counting has also commenced in the presence of the voters.

Recall that the electoral umpire had extended voting and other electoral processes to Sunday, November 7, 2021 for some logistic reasons.

The battle of who emerges the next governor of Anambra State has been keenly fought among the candidates of the All Progressives Congress, APC, Andy Uba, All Progressives Grand Alliance, APGA, Prof. Charles Soludo and Valentine Ozigbo of the Peoples Democratic Party, PDP.

Former Central Bank of Nigeria, CBN Governor, Prof. Chukwuma Soludo, who is the governorship candidate of APGA has won some of the LGAs already.

However, Anambra State is made up of 21 Local Government Areas and INEC officials are still collating for the remaining 17 LGAs.

Here are the results based on LGs: