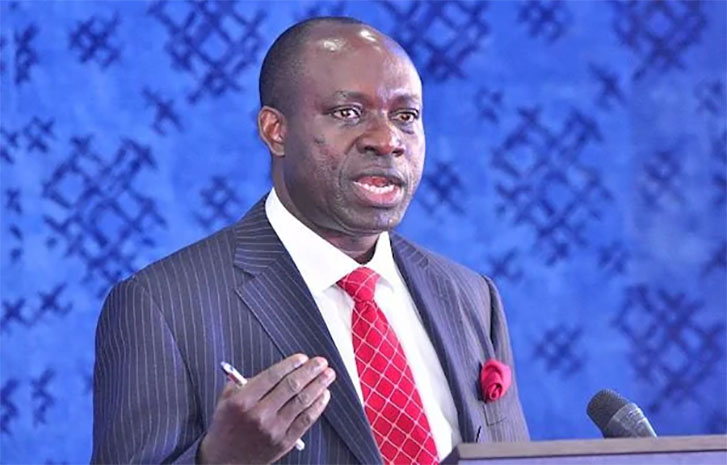 Professor Charles Soludo, candidate of the All Progressives Grand Alliance, APGA, for the November governorship election in Anambra State, has accused politicians of being responsible for the ongoing security crisis in the State.

While many people mostly in government have maintained that members of the Indigenous People of Biafra, IPOB, are responsible for the current crisis in the state, Soludo believes that politicians should be held responsible.

He suggested that Andy Uba, candidate of the All Progressives Congress, APC for the upcoming election might have a better explanation as to why the security situation in the state has deteriorated over the last couple of months

“The insecurity in Anambra is a recent phenomenon. Very recently and I think my brother on the right-hand side[Andy Uba] when he responds might be able to tell a little more about part of the reason this is happening.

“But Anambra has remained largely, a safe haven: real estate booming, businesses booming, hospitality industry and so on and so forth.

“And recently, it is a challenge and the Governor as the Chief security has risen to the challenge. By the way, all the security agency as you know, are within the purview of the Federal Government but we’ve got a security architecture in which the federal forces have been working in tandem with the local vigilantes.

“Most of the recent upsurge of insecurity in Anambra is politically motivated.