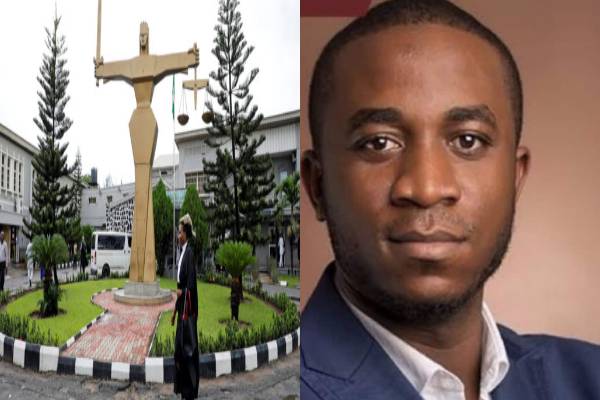 Some properties reportedly belonging to Obinwanne Okeke, popularly known as Invictus Obi have been temporarily taken over by the Federal Government.

It will be recalled that in August 2019, Okeke was arrested by the Federal Bureau of Investigation (FBI) at Dulles International Airport in connection with an $11 million fraud.

In December 2020, a court had ordered the final forfeiture of N235.4 million linked to Okeke and in February 2021, he was convicted and jailed for 10 years for his involvement in an online fraud scheme.

Following his conviction in the US, the Economic and Financial Crimes Commission (EFCC) filed an application for the interim forfeiture of properties linked to him in Nigeria.

EFCC’s application was supported by an affidavit sworn by one of its investigators, Usman Abdulhamid.

Abdulhamid argued that the application is necessary for a bid to provide restitution to victims of the fraud through the US Consulate.

The investigator told the court that the properties in question were not acquired through the legitimate earnings of Okeke.

On Friday, Justice Peter Lifu of the Federal High Court in Lagos granted EFCC’s request and ruled that houses linked with Okeke in Abuja, including cars, should be temporarily forfeited.

The judge ordered EFCC to publish the order in a widely read newspaper in Nigeria within 14 days to enable interested parties to come forward with arguments on why the order should not be permanent.

He adjourned the case till November 30 to make a final decision on the forfeiture motion.