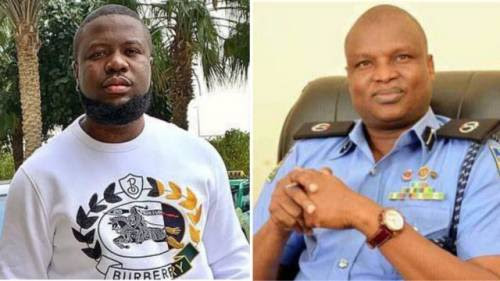 The Police Service Commission is reportedly waiting for the recommendations of the Force Disciplinary Committee to decide the fate of suspended Deputy Commissioner of Police, Abba Kyari for his alleged involvement with notorious internet fraudster, Ramon Abbas, commonly known as Hushpuppi.

It was gathered that the FDC’s recommendations would form the crux of the commission’s decision and also determine Kyari’s future in the Nigeria Police.

Federal Bureau of Investigation agent, Andrew Innocenti, had in a document titled, ‘Criminal complaint by telephone or other reliable electronic means’ filed before the United States District Court for the Central District of California, alleged that Hushpuppi contracted Kyari to detain a co-conspirator, Chibuzo Vincent, for threatening to expose the alleged $1.1m fraud committed against a Qatari businessman.

Kyari was suspended from service on July 31 following alleged involvement in the fraud. He also appeared before the SIP.

The SIP Chairman, Joseph Egbunike, a Deputy Inspector-General of Police, submitted the panel’s findings to the IGP on August 26, at the Force Headquarters, Abuja, 24 days after the panel was inaugurated.

Giving an update on the case on Wednesday, a senior official explained that Kyari has responded to a query from the FDC, adding that the committee is expected to come up with recommendations based on his response and the facts contained in the SIP report.

According to PUNCH, the source stated that, “The case is still with the Force Disciplinary Committee which handles cases of misconduct and unprofessional acts by senior officers.

“After the SIP report was submitted to the AGF and the Police Service Commission, Kyari was queried and he answered the query.

“The FDC is expected to draw up recommendations which would be forwarded to the PSC for deliberation and action.

“As it is now, the DCP’s fate is hanging in the balance. Ultimately, his future in the police would be determined by the police service commission.”