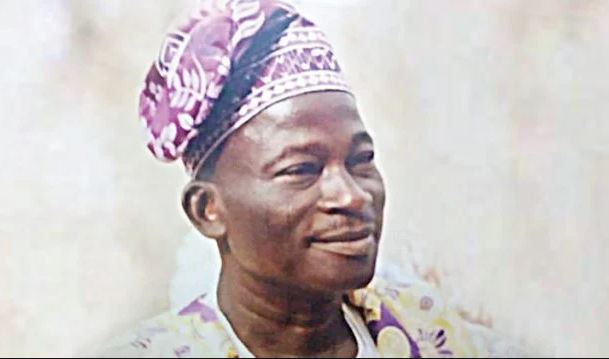 In this interview, the man talks about his childhood, family, and how to make Nigeria work again.

Joshua Abiola, an 80-year-old retired civil servant, speaks about his childhood, family and how to make Nigeria work again in this interview with GODFREY GEORGE

I was born into what I would call ‘village life’. At the age of five or six, there was no school in my village, Akia Ojedele, Akinyele Local Government Area of present-day Oyo State, at the time. My father, the late Mr James Abiola, though uneducated, decided that all of his children must be educated. He then got a teacher to teach us how to read and count. As time went on, with the help of some local authorities, a school was established in our village. When he (my dad) died in 2001, the entire village celebrated him because he made sure that education came to his home town.

What schools did you attend?

We started the private programme in 1952. Then when primary education was brought up, we were the first set in our village in 1955. As time went on, our school did not have up to Standard Six at that time so we were transferred to some schools nearby. I had to go to St. David Primary School, Aroro, Oyo State. This was in 1958. At that time, we had the Adelabu War in the Old Western Region. It was a political war between the members of the Action Group and the National Council of Nigeria and Cameroon. Where I was living then, it was really deep. I may not be able to give too much detail because I was very young at the time, but I know that there was a lot of massacre. People died for just being a member of a rival party. The AG people were deeply affected. Miraculously, I was saved, because the uncle I lived with then was an NCNC man so they could not come too close to us. My father then took us back to the village. In 1959, I was so sick that I couldn’t go to school at all. It was really bad. I thought I was even going to die. In 1960, I re-enrolled to finish my Standard Six examination. I passed my exams in flying colours. At that time, we used to buy entrance forms into secondary school. I was quite brilliant, so I was enrolled in a preparatory class in Igbo Elerin Grammar School, Oyo School. I got admitted into Form One in 1961 – this was a preparatory class. I then wrote my entrance examination from there and began my Class One in 1962. I spent my whole secondary school life in the boarding house.

What difference can you draw between the quality of education you got at that time and what obtains now?

The education of our time was standard. The students were really serious. You would see students who were eager to pass their exams. We couldn’t wait to go to the next class. Whenever we had any exams, we usually went for special classes. It was a must-do. If you were caught by the principal skipping classes, you’d be canned mercilessly. Secondary school life was so lively and there was no lawlessness like we have it now. There were rules that must be obeyed. By 7.30pm, you must be on your bed. We called it ‘Lights Out’. Around 5.30am, you were up. No excuses! If you didn’t get up, you’d be punished. There was discipline and we, students, were obedient and serious with our schoolwork. Now, most of the parents are afraid to take their children to dormitories; they want them to come from home. How would they concentrate? You’d see a teacher pursuing the same girl with his students. It has brought so much indiscipline. You see a teacher dressing like a tout, sagging his trousers like a cowboy. In those days, it was not like that. You’d be punished for such an act. People go to school today with ragged clothes, attend classes at their own will. They don’t even take it as a necessity to go to school.

So, you’re an advocate of boarding school rather than day school?

It (boarding school) is better. In the hostel, you will be monitored by your form teachers and hostel masters and mistresses. They would be watching you. You must go to your regular classes, prep classes at the appropriate time and observe siesta, inter-house sports or other extracurricular activities. Not now when students go to school from home and we are not even sure if they get to school or do not. All this contributes to the low standard of education today.

How much was your school fee then?

We used to use pounds, shillings and pence. My school fee then was 33.13 pounds. When naira was introduced in 1973, our currency was so high. At that time, it was one Naira to one Pound. I passed out in 1966 from secondary school.

After secondary school, what did you go on to do?

When I graduated in December 1966, I had to go job hunting the following year, February, 1967. I had to go to Ikeja, Lagos, to stay with my maternal uncle, who was a police officer. My mother told him that he should help me look for a job. Not a police job though, because I don’t like the Police Force. I don’t like anything ‘force’; I want to be a free man, who can do what he wants freely and legally. Unfortunately, I didn’t get any job placement in Lagos even after I stayed there for nine months in 1967. That time, our schooling system was from January to December, not now when it runs from September to July. I wrote applications to some ministries of Western States as they were called then. I was called for an interview into the Ministry of Agriculture and Natural Resources in December 1967. I was employed as a veterinary laboratory technician-in-training in January, 1968. My job entailed scaling some specimens brought into the ministry’s laboratory. It was a standard laboratory at Mokola, Ibadan, present-day Oyo State. When they brought the specimen, we took them and examined them. It was just like the human hospital. After examining them, we would give out the results. I was informed that I should enroll in the School of Animal Health Technology, Ibadan, Oyo State (now Institute of Agriculture along Abeokuta-Ibadan Road, Oyo State). I took the entrance examination in 1968 and gained admission into the school in 1969. I finished my OND in 1971.

Who paid your school fees?

By that time, the government was sponsoring us and paying all our fees.

After your OND, what did you do?

I went back to the ministry. I was then posted to Iwo, present-day Osun State. From there, in 1974, I wrote my entrance exam for my HND. I gained entrance that same year into the same school. I finished in 1976.

I was not so much affected by the war, because I was in Ibadan. When they (soldiers) invaded Mid-West, they were headed for Ibadan before they were repelled at Ore. At that time, we were told that they dug trenches all around the place and whenever you see any plane flying, you had to run to that ditch so when they throw bombs, it would not affect you. Those periods, there was peace in this part of the country, but we all felt the war, because we saw troops moving around in vehicles and it was just unusual. The troops had to pass through Ibadan to Onitsha and others. Then, we didn’t have this Ibadan Expressway, so they took Old Ife Road to the East at that time. We thank God, I was not affected. My younger brother wanted to join the army at that time, but my father refused, because then once you joined the army, you would be sent to the war front.

How did you celebrate independence in 1960?

I was still in Primary School at the time. The government brought rice and beans. They slaughtered chicken for us primary school pupils at that time. We ate. We were given combs and towels to mark Independence Day. It was a rosy and elaborate event. It was at that time we were told by our teachers that we were now independent and did not need to sing the ‘God bless the Queen’ anthem again. Before then, we had Britons ruling us. I was so excited that night, and there was so much peace.

Nigeria became 61 on October 1, do you still feel this much joy and peace you felt 61 years ago, looking at the nation?

Inflation had made everything so difficult. Technology that is supposed to be a blessing to us has become an agent of confusion. Nigerians are not truthful with themselves. At that time, there was unity and cooperation among the states. Each state then knew what to do with its economy. You know we had regional governments. We enjoyed that period. The economy was so good. In 1973, when I gave birth to my first child, we used N50 for the naming ceremony. How many cubes of sugar can N50 buy today? I bought crates of beer; we cooked rice and had asun (roasted goat meat).

What can you say brought us here today as a nation?

Well, from my own experience, the problem is misunderstanding and self-aggrandisement from all regions. Everyone wants to enjoy everything before they die. If the government can reduce the allowances of our political appointees – from the top to the bottom – and channel the money into agriculture and other economically – viable projects like education and health, people will begin to enjoy being Nigerian. The positions should be shared evenly among all regions – no tribalism. It should go round all regions. If that is done, the agitations and insecurity will subside a little. Those people agitating for self-determination feel marginalised they don’t feel like a part of the nation. That is the cause of the agitations. If they can unite and do everything in common and satisfy the many units which make up the nation, then, we would have a peaceful nation. Even the people chanting Yoruba Nation, if they achieve it now, that is when we would say, “Don’t vote for Ekiti! Don’t vote for Ijebu! Don’t vote for Oyo!” Unless we bring back unity, there will be no peace. There used to be free education in all Western States; what has happened now?