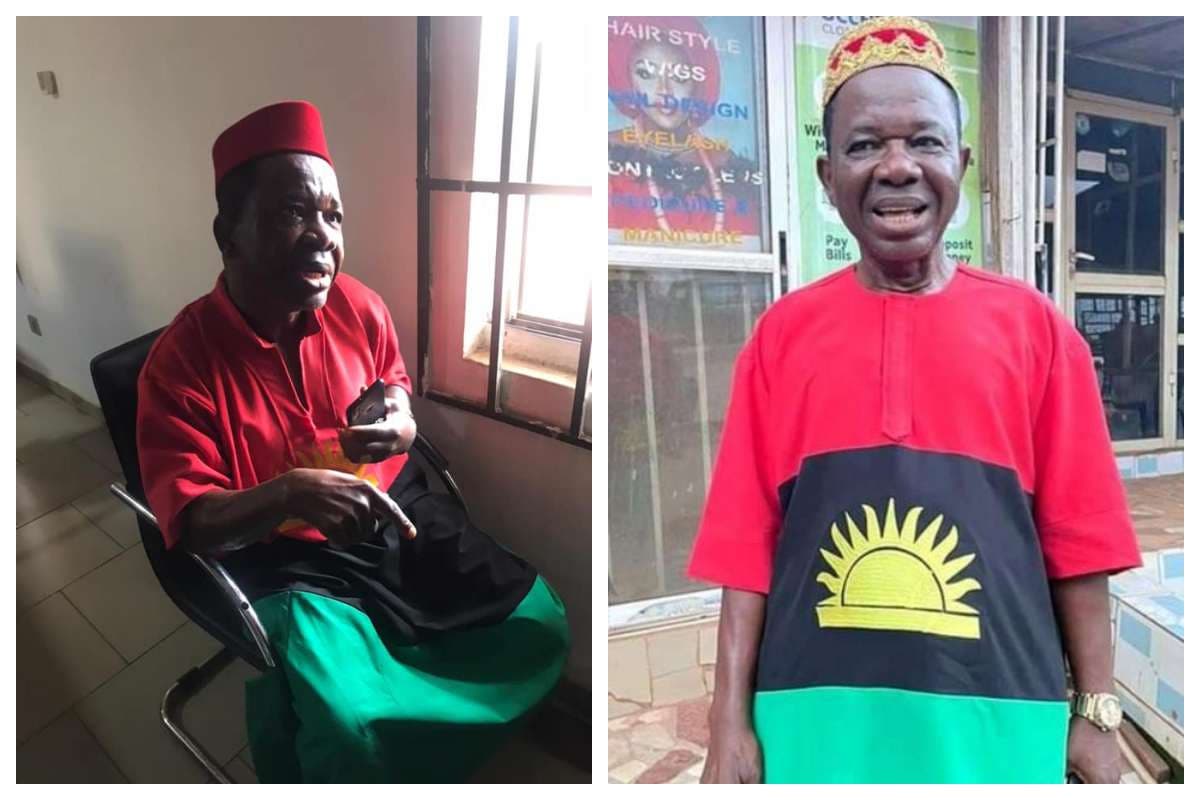 A group, Coalition of South East Youth Leaders (COSEYL), which describes itself as the umbrella body of all the youth groups in the South East geopolitical zone, has condemned the arrest of veteran movie actor, Chiwetalu Agu.

Agu had been arrested and later released by the Nigerian Army, in Onitsha, while distributing loaves of bread, dressed in colours suspected to be that of the defunct Biafra Republic.

He was, however, said to have been again arrested by the operatives of the Directorate of State Services (DSS), after he had been released by the the military.

Reacting to this, COSEYL in a press statement by its President General, Goodluck Ibem stated that: “We condemn in strongest terms the manhandling and torture of a professional and prolific actor of Southeast extraction, Chiwetalu Agu in Onitsha by Nigerian Army and arrest by the DSS for wearing a red, green and black clothe that has a drawing of a sun on it.

“The manhandling and torture by the Army and arrest by the Department of State Security, DSS of an elderly Igbo man like Chiwetalu Agu in broad daylight confirms to the entire world the hatred and disdain the Nigerian Army and the DSS have against Ndigbo.

“The Nigerian army and the DSS are now agencies for the harassment, intimidation and killing of Ndigbo. What the army did to the Igbo actor is gross ethnic vendetta,” the group said.

Ibem added that the Nigerian military and the DSS have clearly shown to the entire world their “wicked inclinations towards Ndigbo because on more than one occasion the Kaduna based Islamic cleric Sheikh Ahmad Abubakar Gumi was seen holding meetings and holding briefs for kidnappers, bandits and terrorists.”

The group said: “The Igbo actor wore just a clothe with a red, green, black and a sun drawn on it, which is by every standard very lawful, but because he is an Igboman, the Army tortured and manhandled him and thereafter handed him over to the DSS for more torture and inhuman treatments and the DSS is now saying that justice would be done.

“This is travesty of the law and we condemn it in its entirety.

“We demand the unconditional and immediate release of Mr Chinwetalu Agu by the DSS and we demand that the army and the DSS should pay compensation to him for the injury and inhuman treatments meted out to him.”