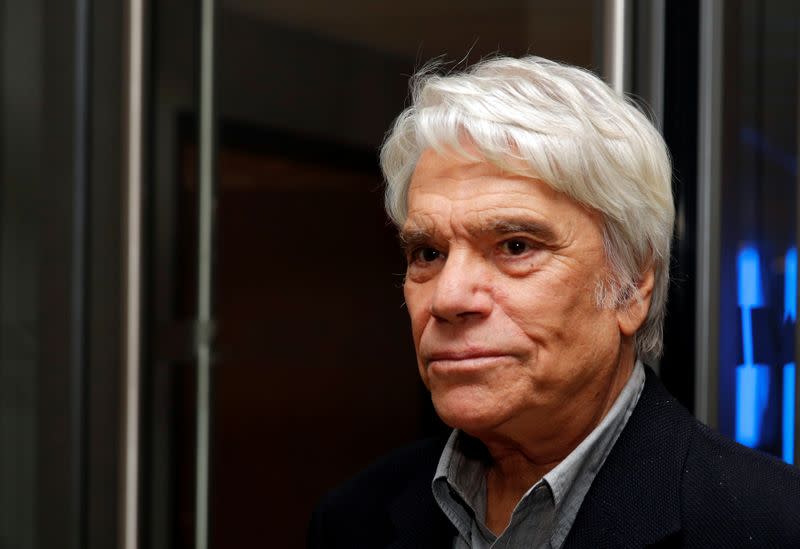 French business magnate and former politician Bernard Tapie, whose larger-than-life career was marked by a series of high-profile legal setbacks, has died at the age of 78 after a four-year battle with cancer, his family announced on Sunday.

“Dominique Tapie and his family have the immense sadness to announce the death of her husband and their father, Bernard Tapie, this Sunday,” said a statement sent to La Provence newspaper in Marseille, in which Tapie was a majority stakeholder.

Tapie, whose business interests included a stake in sportswear company Adidas, had been suffering from stomach cancer.

He was a former president of the Olympique de Marseille football club, leading it to the Champions League title in 1993. He was later sent to prison for corruption in a match-fixing scandal in the French first division.

“Olympique de Marseille learned with deep sadness of the passing of Bernard Tapie. He will leave a great void in the hearts of the Marseillais and will forever remain in the legend of the club,” the club said in a statement.

French President Emmanuel Macron and first lady Brigitte released a statement calling the colourful Tapie a “gilded legend” who was nevertheless beset by the many “shadows” of his legal sagas. “The man who had enough fighting spirit to move mountains and take down the moon never laid down arms, fighting cancer until its last moments,” the statement said, adding that Tapie’s brand of “ambition, energy and enthusiasm” had inspired “generations of French people”.

Prime Minister Jean Castex also paid tribute to Tapie, who had been a government minister in the 1990s, describing him as a “fighter”.

“He left peacefully, surrounded by his wife, his children and grandchildren, who were at his bedside,” the statement said, adding that he wished to be buried in Marseille, “the city of his heart”, Stéphane Tapie wrote.

Tapie was born in Paris in 1943, the son of a plumber, and pulled himself out of a poor suburban childhood to become one of France’s richest men. He also entered politics, becoming urban affairs minister in the Socialist government of François Mitterrand in the 1990s and later an MP in the French and European parliaments.

Tapie started by selling televisions by day in the working-class Belleville quarter of Paris while trying his hand as a crooner by night and as a racecar driver. But he soon ditched these early pursuits and amassed a small empire by the time he was 30 by taking over failing companies, scooping up 50 within a few years, and reselling them for millions.

The permanently tanned tycoon flaunted his newfound wealth, buying a vast Paris townhouse and a string of mansions on the French Riviera as well as a 72-metre (236-foot) yacht.

“If there is one thing I know how to do, it is making dough,” he once boasted.

Tapie also found time to act, building on the nightclub singing performances of his youth and taking roles that included a police inspector on a popular TV show.

But his empire collapsed spectacularly in the late 1990s, beginning with the football match-fixing trial that saw him serve time in jail.

After a string of scandals and reversals, he was forced to admit in 2015 that, “I am ruined. I haven’t got a thing.”

Tapie also faced prosecution over his 1990 purchase of the German sports brand Adidas, which he was forced to sell a few years later to state-owned bank Crédit Lyonnais. A 2008 arbitration panel found he had been a victim of fraud because Crédit Lyonnais had undervalued Addidas at the time of the sale and awarded him €404 million in compensation.

The multimillion-euro price tag sent shockwaves through France and was tainted by allegations that the panel that acquitted him had been biased in his favour amid questions over why the dispute was settled by arbitration rather than in court.

Christine Lagarde, who was economy minister at the time, decided not to appeal the ruling – a decision for which she found guilty of negligence in 2016 by a court that rules on cases of ministerial misconduct.

Lagarde’s handling of the case sparked suspicion that her former boss Nicolas Sarkozy, whom Tapie had backed for president in 2007, was favourably disposed towards the businessman – allegations Sarkozy has vehemently denied.

In 2017 Tapie was ordered to return the payout he received for the Addidas sale but later won an appeal. He was acquitted of fraud in the case in 2019.

Prosecutors eventually appealed and a new case was opened against Tapie. A court found him guilty of fraud over the arbitration settlement with the bank. An appeals court was due to issue its ruling on Wednesday.