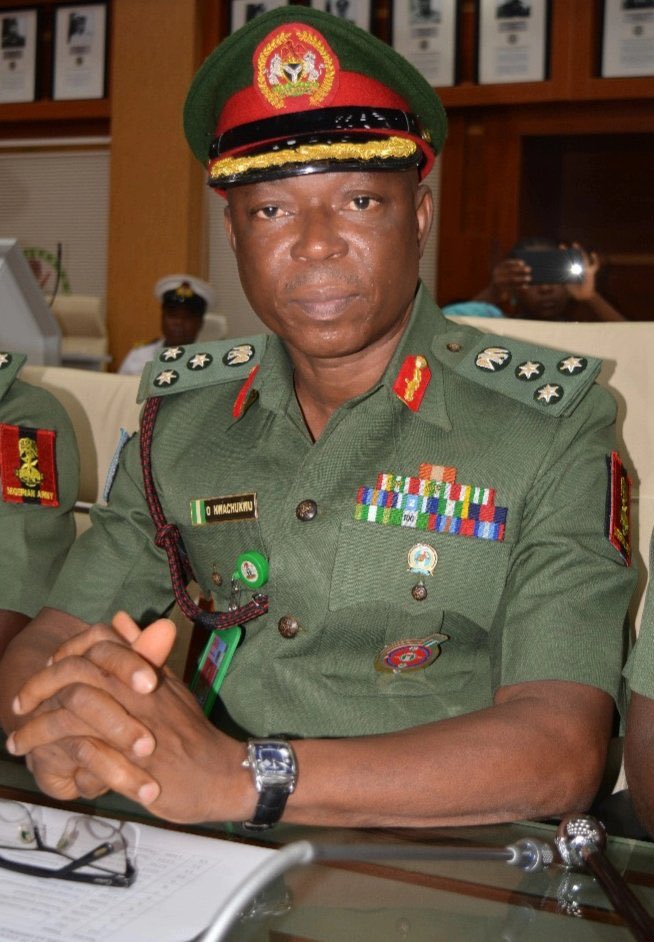 The Nigerian Army has warned Nigerians to be wary of fraudsters following the purported recruitment into the 44 Nigerian Army Reference Hospital, Kaduna State.

In a statement issued on Wednesday in Abuja by its spokesman, Brig.-Gen. Onyema Nwachukwu, the Army refuted an advert in circulation that it is recruiting graduate interns into the hospital.

He, however, described the advert in circulation on the purported sales of graduate internship forms for recruitment into the hospital as fake.

Nwachukwu said that the Nigerian Army was not unmindful of the antics of some unscrupulous and fraudulent online merchants, whose stock in trade was to defraud unsuspecting members of the public.

He warned fraudsters to desist from such criminal activities that could adversely affect the image and reputation of the army.

“It is important to state that at present, the Nigerian Army has not put out any advert for sales of forms.

“Consequently, the general public is advised to shun any individual or group using various social media platforms to fraudulently advertise the sales of internship forms for recruitment into 44 NARHK.

“The Nigerian Army wishes to reiterate that all activities relating to graduate internship recruitment into 44 NARHK are usually publicised in the print and broadcast media when the need arises,” he said.

Meanwhile, the Chief of Army Staff, Lt Gen, Farouk Yahaya, on Wednesday visited the Nigerian Defence Academy days after it was attacked by bandit terrorists.

Recall that bandit terrorists a few days ago killed two officers and abducted a Major from the NDA campus in Afaka.

Yahaya during his visit to the scene of the attack commiserated with the commandant, Maj Gen IM Yusuf and the Academy.

Yusuf while briefing the COAS said Major Christopher Datong is still missing, adding that efforts to rescue him are ongoing.

He informed the COAS of measures being taken along with 1 Division Nigerian Army, the Nigerian Air Force and other security agencies in Kaduna to prevent future attacks.

Yusuf further stated that the attack on the academy had brought about reinforced cohesion of the entire Academy community.

The Army Chief while speaking commended Yusuf, GOC 1 Division, Air Officer Commanding Air Training Command and other security heads for their contributions to Datong’s search.
The visit of the COAS followed that of Chief of Defence Staff (CDS), General Leo Irabor.