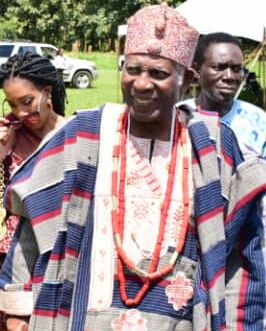 Oba Oluwagbemigun, who was the monarch of Ijare community in Ifedore Local Government Area of Ondo State, was said to have died on Thursday night.

The traditional Prime Minister of Ijare who is the Sasere of Ijare, High Chief Wemimo also confirmed the king’s passage.

Oba Oluwagbemigun was noted for his frankness on issues, as well as his stand against social vices and injustice in the community.