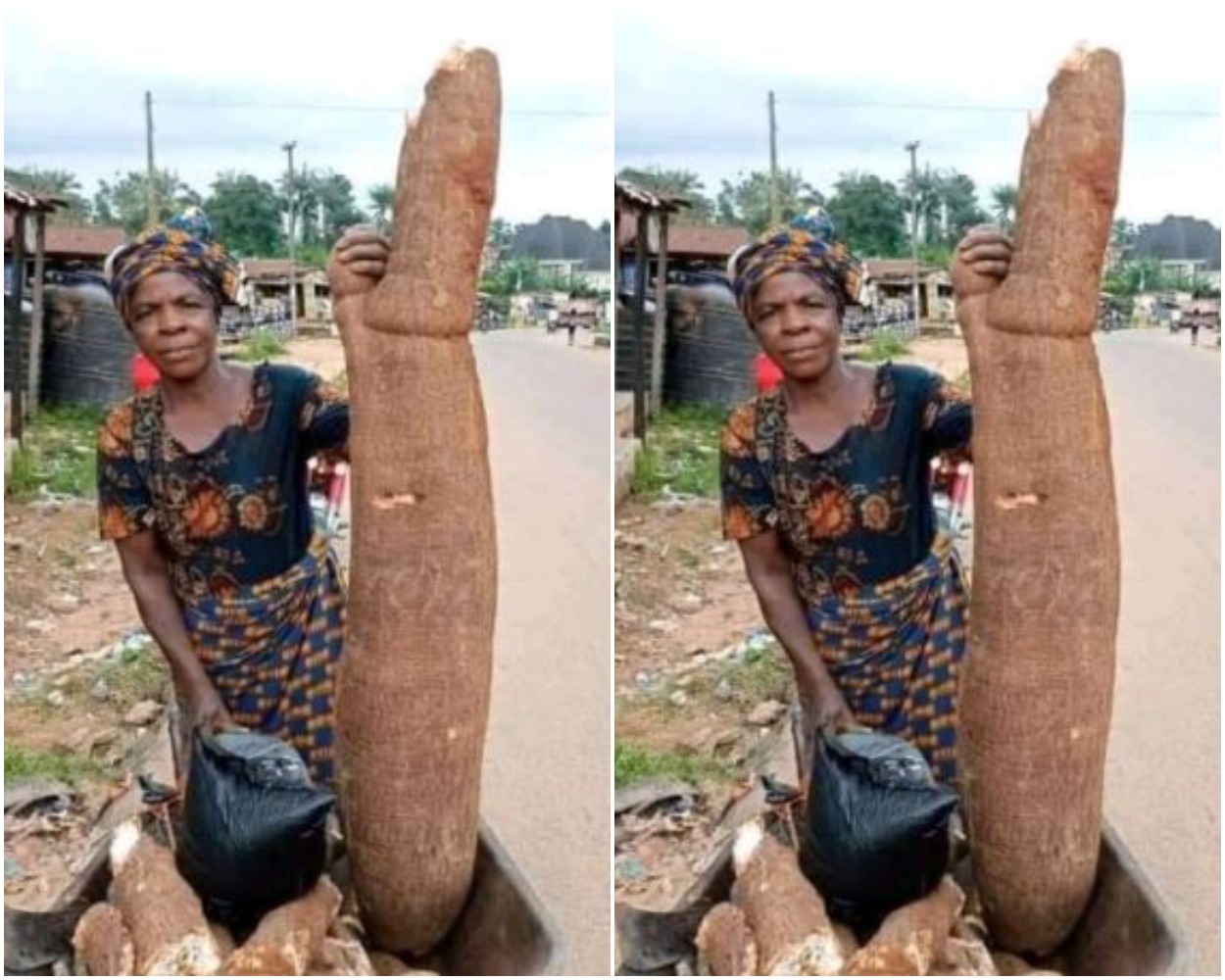 A photo of a proud female farmer showing off the huge cassava harvested from her farmland has surfaced on social media.

In the photo shared, the yet to be identified female farmer from Orlu, Imo state is seen standing side by side with the enormous cassava and some farm product.

According to viral reports, the woman is said to have harvested the huge cassava from her farmland.

The photo was greeted with a lot of reactions from social media as users were astonished at the mere height of the cassava.

See the photo below; See some of the reactions below;

@abouzai wrote; Igbos should put a little more fucus on agriculture, it’s a profitable venture in the east today

GardenOfGod wrote; ‘Nigeria is a fertile land of increase.If not for the killer herdsmen disrupting farming across the nation, we would be self sufficient.’

@chiedu7 wrote; ‘Imagine what the igbos could achieve if they were not yoked with the parasitic North?’

iLegendd: wrote; ‘The biggest I have ever seen except the clueless giant in Aso Rock.The particular land the cassava was harvested should be protected from herdsmen and Buhari. DSS will soon invite this woman for questioning.