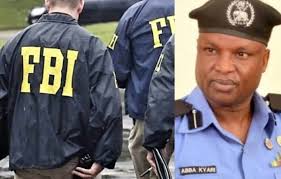 Police authorities may not hand over embattled Deputy Commissioner of Police, Abba Kyari to the United States of America for criminal prosecution following his alleged involvement in Ramon Olorunwa Abbas, popularly known as Hushpuppi fraud case.

According to PUNCH, the battle to extradite Kyari to the US for trial for alleged involvement in a $1.1m Internet fraud would be fought hard at the courts.

The United States Department of Justice had said ongoing investigations showed that Hushpuppi allegedly bribed Kyari to arrest one Kelly Chibuzo Vincent, one of his accomplices in Nigeria.

In a court document released by the United States Department of Justice on Wednesday, titled: ‘Six Indicted in International Scheme to Defraud Qatari School Founder and then Launder over $1 Million in Illicit Proceeds’, Kyari was said to have been bribed to arrest one Kelly Chibuzor Vincent, 40, in Nigeria, who created bogus documents and arranged for the creation of a fake bank website and phone banking line to support the defrauding of a business person trying to provide $1.1m for the funding of a school in Qatar.

Allegation which Kyari has denied, stating that he did not demand any money from Hushpuppi, only introduced the accused to a cloth seller whom Hushpuppi paid about N300,000.

The 46-year-old ‘super cop’ said he never demanded for a dime from Hushpuppi, admitting his focus was to save people’s lives that were purported to have been threatened.

It was gathered that Kyari, was given a few days to respond officially and tender his defence to the FBI indictment.

Sources explained that the DCP was also advised to get a strong legal defence team to assist him in fending off the FBI, PUNCH reports.

A source said, “The battle promises to be long and full of legal fireworks but it is not certain that the police authorities would readily hand over Kyari to the US for trial. Will the FBI allow any of their officers to be extradited to Nigeria for criminal prosecution?

“Kyari has been advised to get a vibrant legal team to fight the extradition request and the team is expected to start working immediately.”