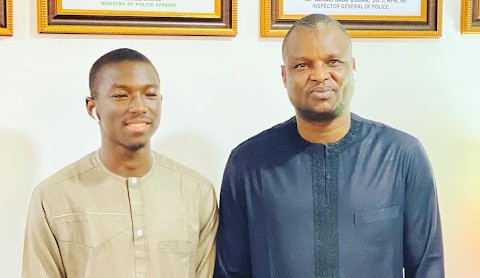 Usman, a brother to the embattled Deputy Commissioner of police (DCP), Abba Kyari, has deleted all posts on his Instagram page.

When it checked his profile on Sunday morning, there was not a single photo or even video left.

“No posts yet. When Usman Kyari posts, you’ll see their photos and videos here,” a terse note on the page read.

This comes after pictures of his lavish lifestyle on the social media platform began to circulate this week.

Before now, Usman’s page had pictures of himself clad in well-tailored outfits, posing in front of expensive cars.

The page also contained photos of Usman with Abba as well as Usman Alkali Baba, the Inspector-General of police (IGP), among others.

Usman’s brother, Abba, has been declared wanted by the Federal Bureau of Investigation (FBI), after Hushpuppi, whose real name is Ramon Abbas, alleged that he bribed him to arrest a co-fraudster.

But the police chief denied Hushpuppi’s claim, stating that he did not receive any money as alleged.

The IGP has ordered an internal probe of the allegations against Kyari.