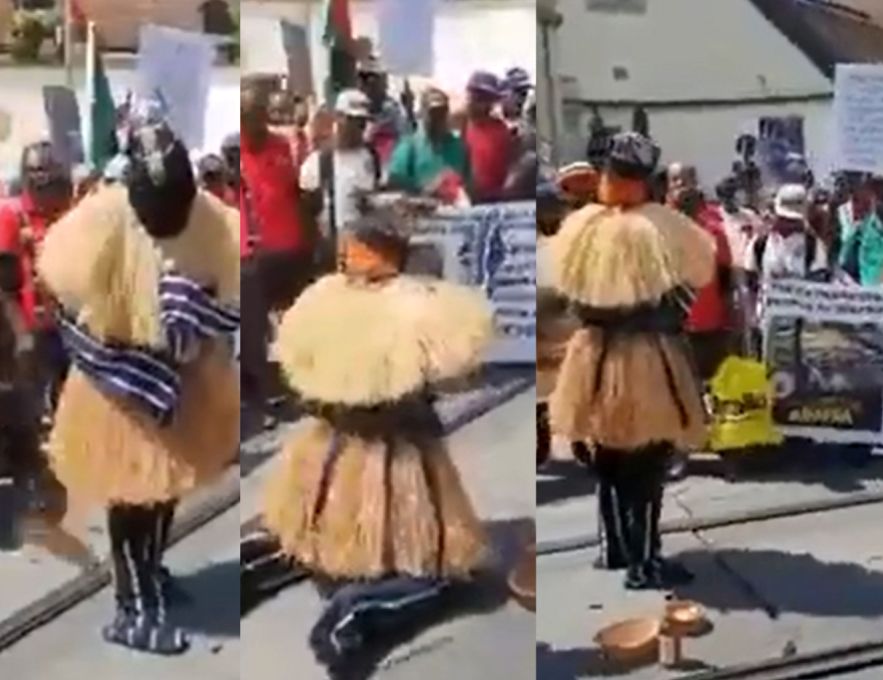 A video of an Igbo masquerade kneeling to beg president, Muhammad Buhari to release the leader of the proscribed Indigenous People of Biafra, IPOB, Nnamdi Kanu during #FreeNnamdiKanu protest in London has surfaced on social media.

Nigerians living in London, United Kingdom, took to the streets in protest, demanding the unconditional release of the leader of the Indigenous People of Biafra (IPOB).

It would be recalled that Nnamdi Kanu was arrested by the Nigerian government in Kenya on Sunday and extradited to Nigeria.

During a #FreeNnamdiKanu protest held in London, a masquerade was captured kneeling down, appealing to President Muhammadu Buhari to release the detained IPOB leader.