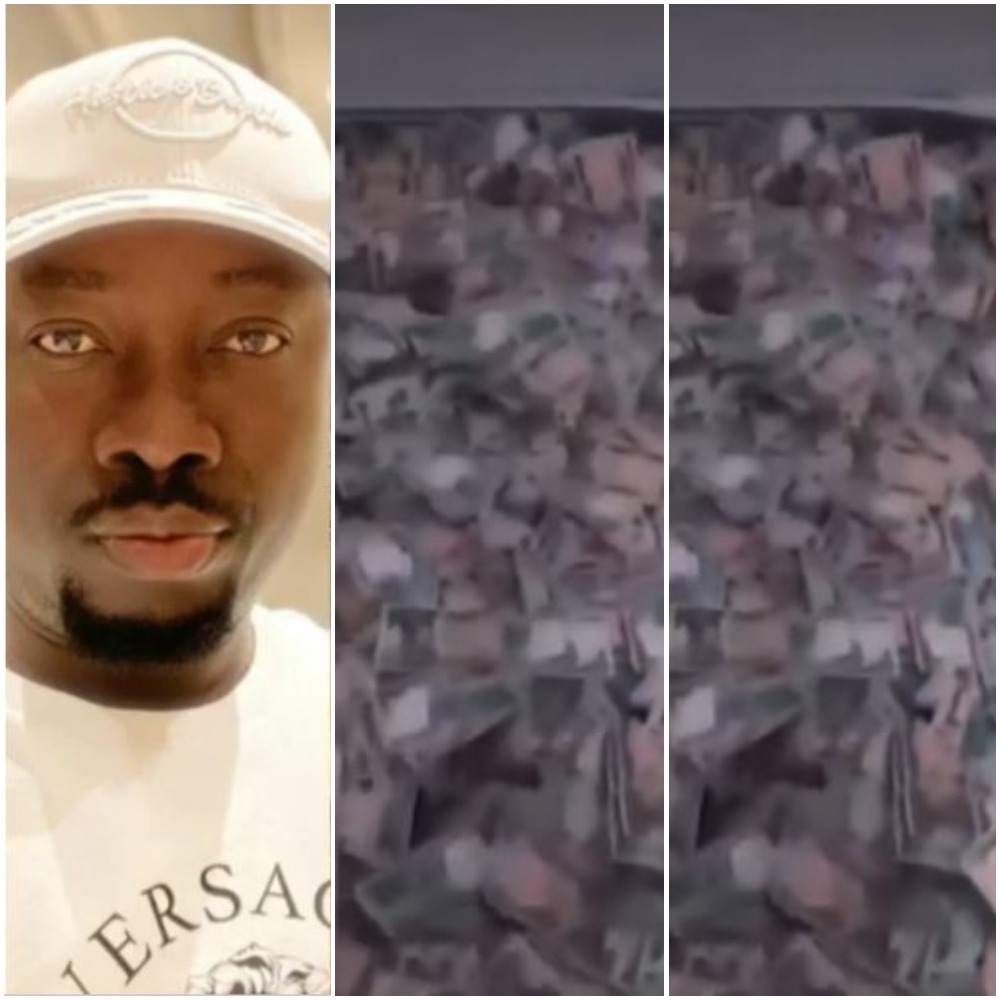 A video of the money gathered at Billionaire businessman and club owner, Obi Iyiegbu, popularly known as Obi Cubana‘s mother burial has surfaced on social media

The lavish display of wealth in Oba on Friday when billionaire businessman, Obi Iyiegbu, aka Obi Cubana, buried his mother was in grand style.

Obi Cubana, who reportedly lost his mother in December 2020, laid her to rest on July 16th 2021 in Oba, Anambra state.

The funeral’s preparations caught the attention of many after the club owner received 246 cows from his friends.

Obi Cubana also bought a diamond chain and pendant from a popular jeweller, Efobi Stephen, which had his late mother’s face engraved on it.

The burial is undoubtedly the biggest event in Nigeria this weekend, due to its many socialites, business icons, politicians, top government functionaries and politicians who gather at Oba in Anambra state to support the businessman.

Here is the money that was gathered at the burial ceremony held yesterday;