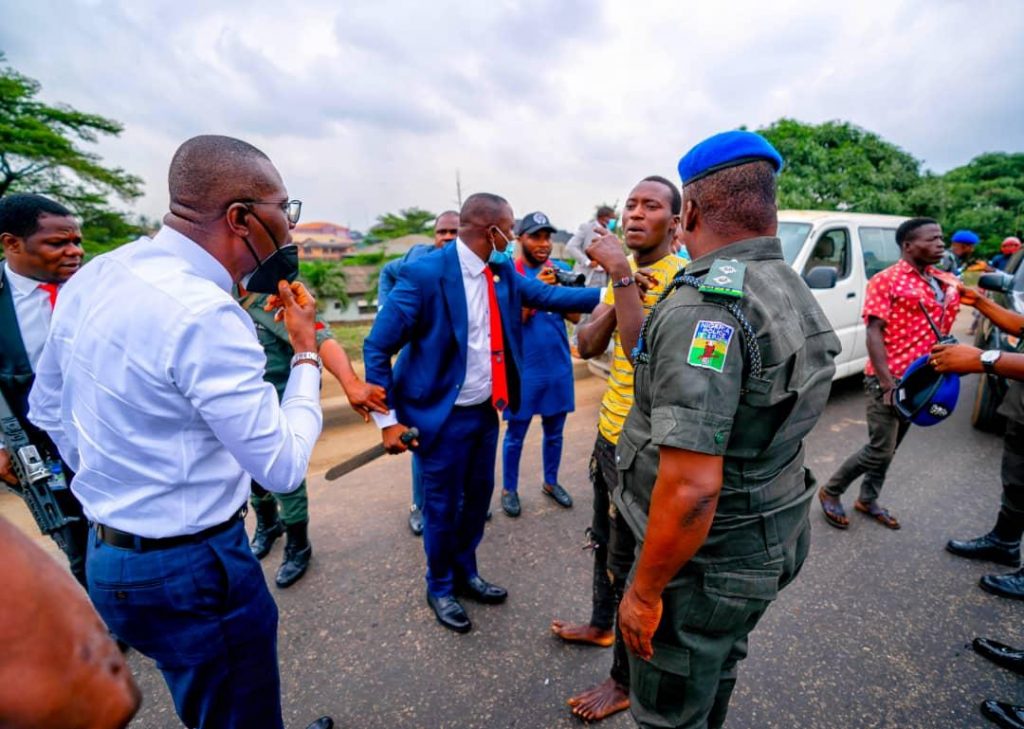 Sanwo-Olu arrested a gang of hoodlums notorious for harassing road users in traffic regardless of the time of day.

The attackers were caught red-handed while trying to forcefully drag a man out of his vehicle.

Sanwo-Olu warned traffic robbers and other criminal elements that there is no hiding place for them in Lagos.

Also on Monday, the Lagos State Task Force carried out a raid on motorcycle (okada) riders at Second Rainbow and Toyota Bus Stops along the Apapa-Oshodi Expressway.

More than 100 motorcycles were impounded. Last week, 200 were seized in a similar operation.

The actions followed the government and police ban on commercial bikes on highways and a number of areas.