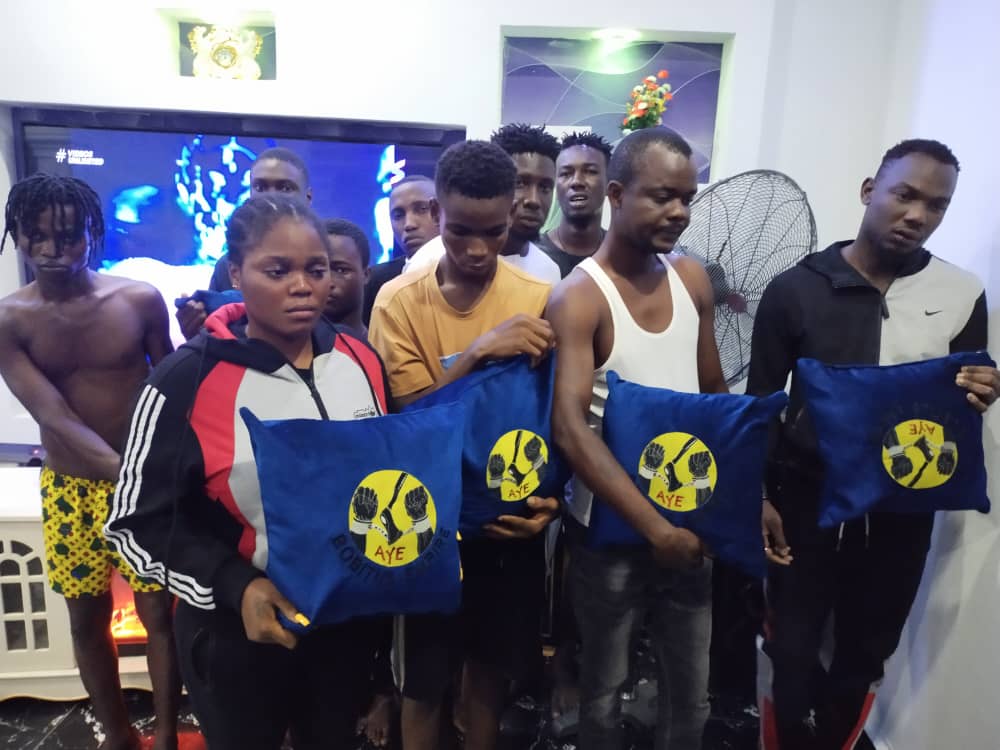 The suspects are allegedly members of the Aiye Black Axe confraternity.

It was learnt that the Police on patrol duty intercepted and arrested the first suspect, Oghenewaro Bebe in a full regalia of Aiye Black Axe Confraternity.

According to the Police image maker, “The suspect confessed to be a member of the above cult group.

“He led the team to a bush bar at Jeddo which is their meeting point.

“At the bush bar one live silver like 7.63mm ammunition was recovered.”

DSP Edafe noted that the suspect led the Police to Ughoton Community where a top leader of the Confraternity, Oritsetusem Fenemigho is residing.

He said the cult leader was arrested along with his members.

“The said Oritseusen Fenemigho equally led the team to Idimi Sobo under Okere Urhobo where they recovered a suspected stolen car. Investigation is ongoing,” he added.