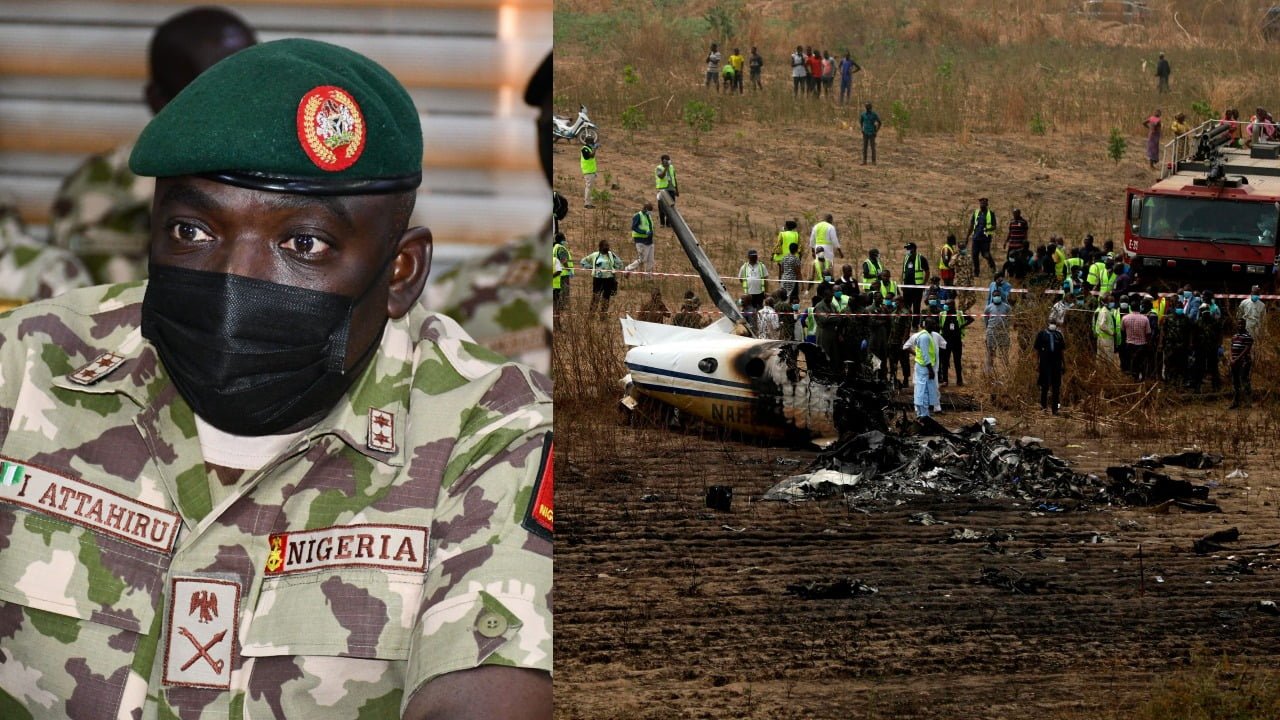 The Accident Investigation Bureau (AIB) has announced that a preliminary report on the crash of a military aircraft that killed late Chief of Army Staff, Lt. Gen. Ibrahim Attahiru, and 10 others, will be out in a week’s time.

The Commissioner, AIB, Akin Olateru, said this during a release of eight flight accident reports by the Bureau in Abuja on Thursday, July 8.

Olateru, however, mentioned that it will be the military’s prerogative to make the report public.

“Recall it is a NAF aircraft but unfortunately happened at the civil airport. So graciously the NAF felt we could be of assistance and then they commissioned us to assist in investigation, which is ongoing and if the NAF makes that public is not our call.

“This is because it’s not under the purview of the AIB. But within the next one week, for us, the preliminary report will be ready,” Olateru said

Recall that Attahiru and some officers died on May 21 after a training aircraft crashed at the Kaduna Airport.

Olateru added that the recent release of eight aircraft accident reports to the public was the biggest haul since the establishment of AIB.