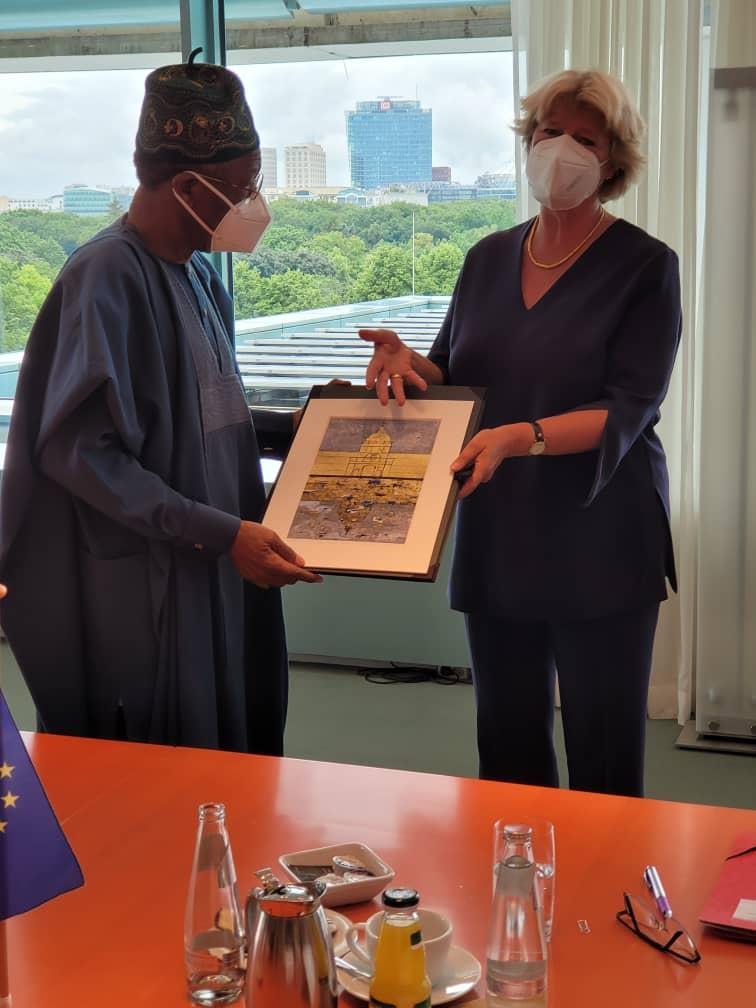 Nigeria has demanded full and unconditional return of the 1,130 Benin Bronzes looted in the 19th century and domiciled in German museums.

Information Minister, Lai Mohammed made the request in Berlin, the capital of Germany, on Wednesday.

He met separately with Minister of State for Culture, Monika Grutters, and Foreign Minister, Heiko Maas.

Reacting to comments by Grutters that Germany was ready to make “substantial return” of the artefacts, Mohammed, who led Nigeria’s delegation, insisted that all be made available.

He said the issue of provenance, which has to do with the place of origin of the art works, should not be allowed to delay the repatriation.

“That they are known,as Benin Bronzes is already a confirmation of their source of origin,” he said.

Mohammed told Maas that there should be ”absolutely no conditions attached” to the return.

The minister stressed the need to conclude all necessary negotiations in a short term.

He said the ongoing discussion between Nigeria and Germany marks the beginning of stronger relations, pivoted by cultural diplomacy.

“The way we deal with the issue of Benin Bronzes is important to addressing our colonial past”, Grutters noted.

The official disclosed that the artefacts would be sent to Nigeria from the beginning of 2022.