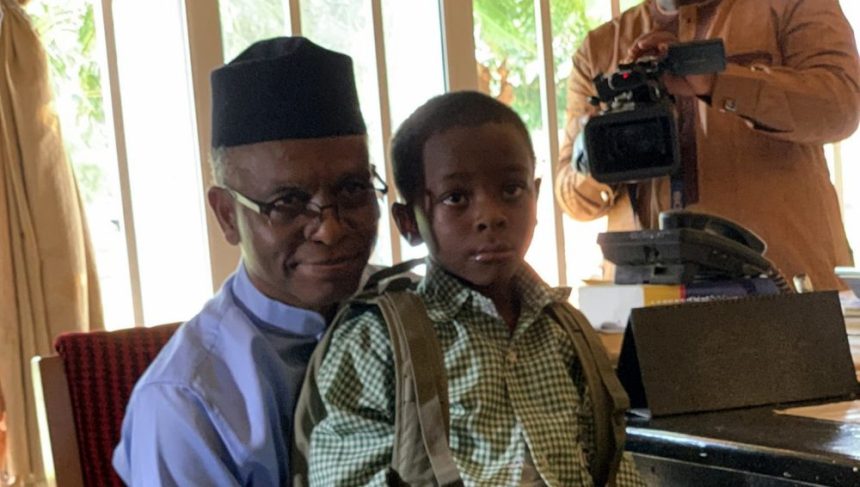 The governor gave the reason in an interview with BBC Pidgin after earlier accusations that he withdrew the child secretly.

Nasir El-Rufai, the Kaduna State Governor, has said that he withdrew his seven-year-old son, Abubakar Al-Sadiq El-Rufai, from Kaduna Capital school, after bandits attempted to kidnap him twice.

The governor gave the reason in an interview with BBC Pidgin after earlier accusations that he withdrew the child secretly.

The governor had enrolled his son Al-Sadiq in Kaduna Capital School about a year half ago in a bid to boost confidence in parents to patronise public schools.

According to him, withdrawing Al-Sadiq is to discourage bandits from attacking the school.

He claimed that the withdrawal was to save the child and his colleagues who might be affected by the bandits’ attacks.

El-Rufai said, “My son was registered in the school and so my daughter who clocked six years. But we have to temporarily withdraw them for the security of the school because we foiled plans from at least two groups to attack the school to kidnap my son.

“I don’t think they will succeed because enough security was put in place to prevent them. But other children will be in danger. We don’t have an idea about the kind of weapons they will carry.

“I have taken a stand against paying bandits. We got intel that they were planning to kidnap my son from Kaduna Capital School to see whether I will pay ransom if they kidnap my son.”