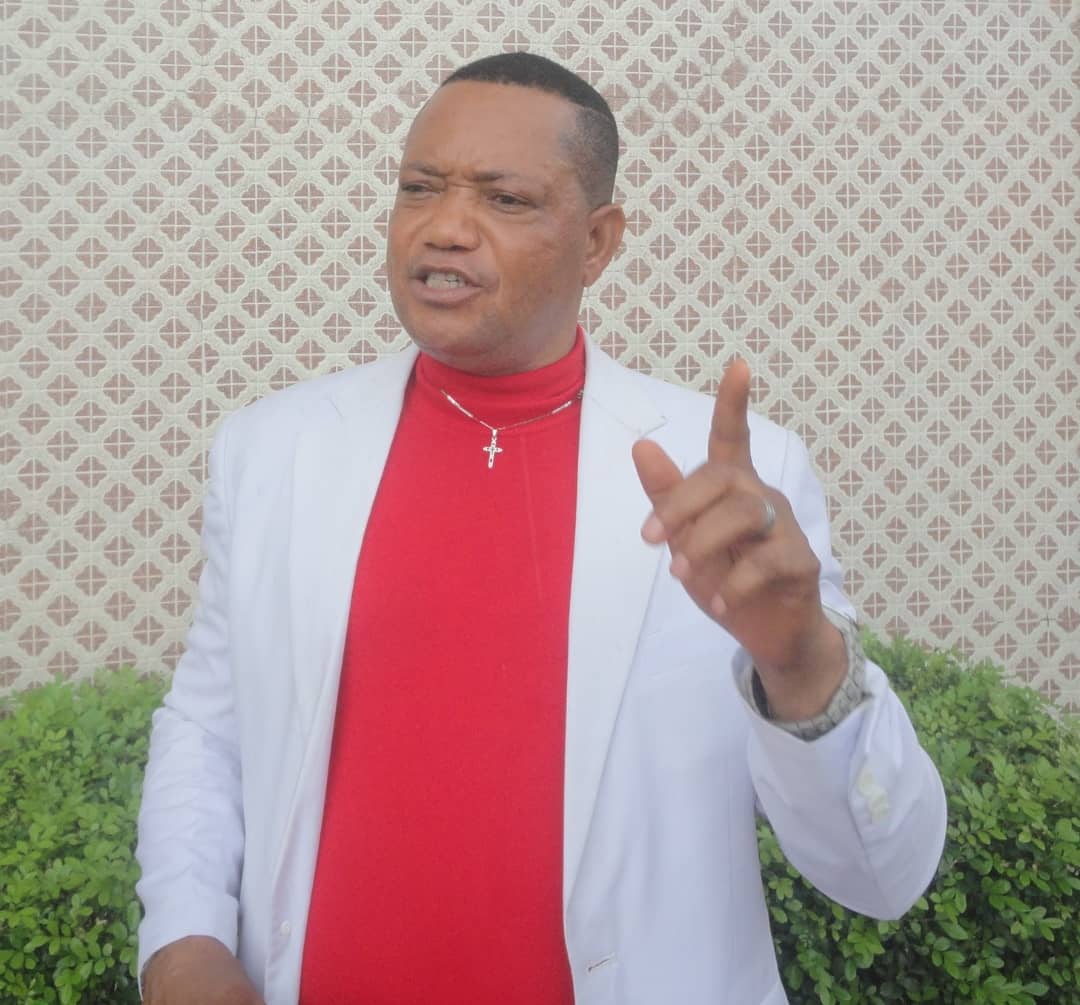 He said most of the clerics criticizing the late Prophet were being driven by envy.

He advised that all, especially public servants and pastors, should take a cue from the passing of Prophet Joshua and realize that God can take anybody’s life “suddenly and instantly without any warning sign.”

Prophet Onuoha, who stated this during a media chat expressed dismay that even men of God, who he said should know better, were among those disparaging the person and style of the late founder of the Synagogue Church of all Nations, who died on June 5, 2021, seven days to his 58th birthday.

Although Prophet Onuoha noted that he was not in a position to judge anybody and that “I never met TB Joshua and didn’t know him one-on-one. But I loved his good works of charity and remarkable humility.”

He advised that people should allow God to judge the late prophet, “who had already finished his race on earth and gone to rest”.

While alleging that most of the clergymen who criticised Prophet TB Joshua were driven by sheer envy, Onuoha charged all clerics to emulate TB’s style of unlimited humility and charity works.

He said: “He ran a good race. Pray for TB Joshua’s soul and thank God for using him effectively to touch many lives.

“The spirit of God told me that Prophet TB Joshua had accomplished his assignment on earth and that his time was up.

“After I heard about his death and was praying, the Lord showed me where the prophet was on top of a long truck fully loaded with rice, sweating as he distributed bags of rice to people.

“He was wearing shorts and a T-shirt and personally unloading the bags of rice, which represents when he was working on earth. The man has accomplished his duties on earth and gone to rest and some people are still here labouring assiduously to tarnish his good works.

“As far as I am concerned, Prophet Joshua ran a good race but many people refused to acknowledge his good works out of sheer jealousy.

“He was a very humble man of God who always helped poor widows and the less privileged.

“Those who had issues with his style and condemned him should realize that only God heals, Satan does not heal or do good.

“If it was the evil spirit, as had been alleged in some quarters, that TB Joshua operated with, then such ‘demons’ should be commended for feeding, healing, liberating and empowering several people across the world through the Prophet.

“I have a family friend that was cured of her infirmity during one of TB’s ministration. The late Prophet fed many widows and took care of several needy individuals across the world through financial assistance,” he further stated.

“Did any beneficiary of his regular rice distribution die after consuming the food? Did anyone die after receiving financial assistance from him?

“Come to think of it, those that are now fighting the man after his death, assuming their castigations hold any water, what effort did they make to correct him when he was alive?

“Every good Nigerian, not only Christians, should stand by the Joshua family and mourn with them because the church, Yorubaland and Nigeria as a whole recorded a huge loss in Prophet TB Joshua’s death.

“I watched Emmanuel TV the day the man died and I saw many widows crying at the gate, lamenting helplessly and asking who will now take care of us now that daddy is gone? To such people, TB was their all.

“I know several people that got their healing through TB’s prayers and ministrations. To such people, he was God-sent. And all those were done with evil powers, then that demon must be a good guy.

“It is a shame that all sorts of evil would be happening in the country and you hardly find men of God speak up. But they quickly find their voices at the death of a cleric like them.

“Let all those castigating the late prophet pray to be like him and touch lives like him to make the world a better place.

“Let politicians and evil men learn from TB Joshua’s case that death can strike anybody anytime no matter the level of one’s smartness, position, age, location, sex or personality.

“TB Joshua did a lot of charity and God honours those that do good works.

“If his good deeds superseded his sins, he will surely obtain favour from God,” he said.