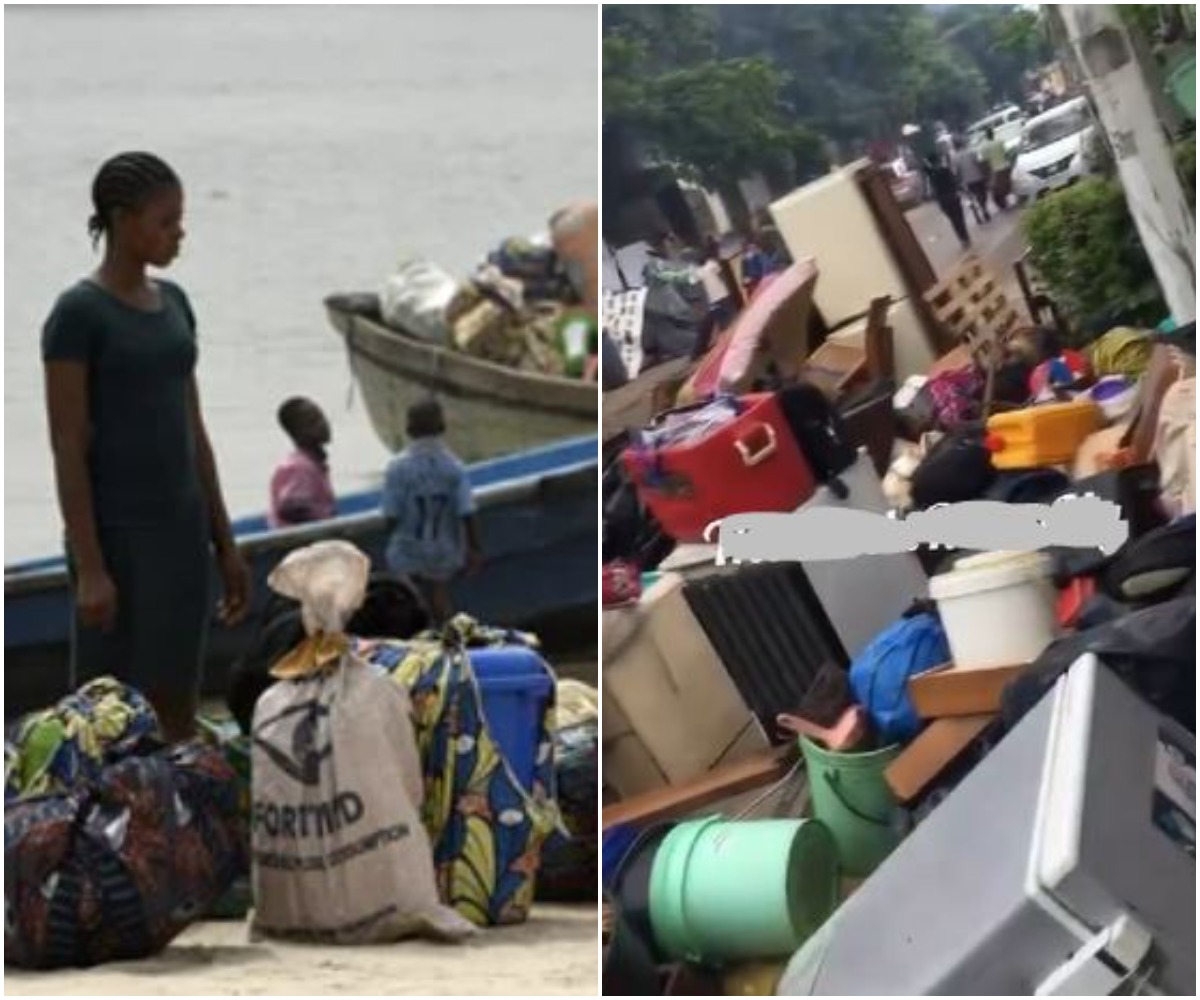 The affected residents of Oniru beach have lamented bitterly after the Lagos State Government came with an excavator to demolish houses situated in the area.

According to an eye witness, the forceful ejection and demolition were said to be carried out by Lagos State Government.

In the video making rounds on social media, residents alleged that officials of the Lagos State Task Force on Environmental Sanitation accompanied some government officials, who carried out the demolition exercise, three days into the seven days ultimatum.

They also alleged that some of the houses were burned down in the process. Some of the residents noted they have nowhere else to go with their properties littered everywhere.

During the demolition on Damboa Road, Governor Babagana Zulum said there were a lot of risks in living too close to a river apart from floods.

“People are building on waterways and if nothing is done there will be flooding in the state capital, Maiduguri during the rainy season,” he said.

Zulum said “since last year” people whose homes were demolished have been told to stop construction or vacate.

He said all efforts by the government to persuade residents to stop building in unauthorized areas “were unsuccessful so we came this morning to demolish all illegal buildings.”

BOGIS Secretary-General, Engineer Adam Bababe, who confirmed the demolition of 1,330 houses along the river, said the project was carried out to avoid the threat of floods during the monsoon season.