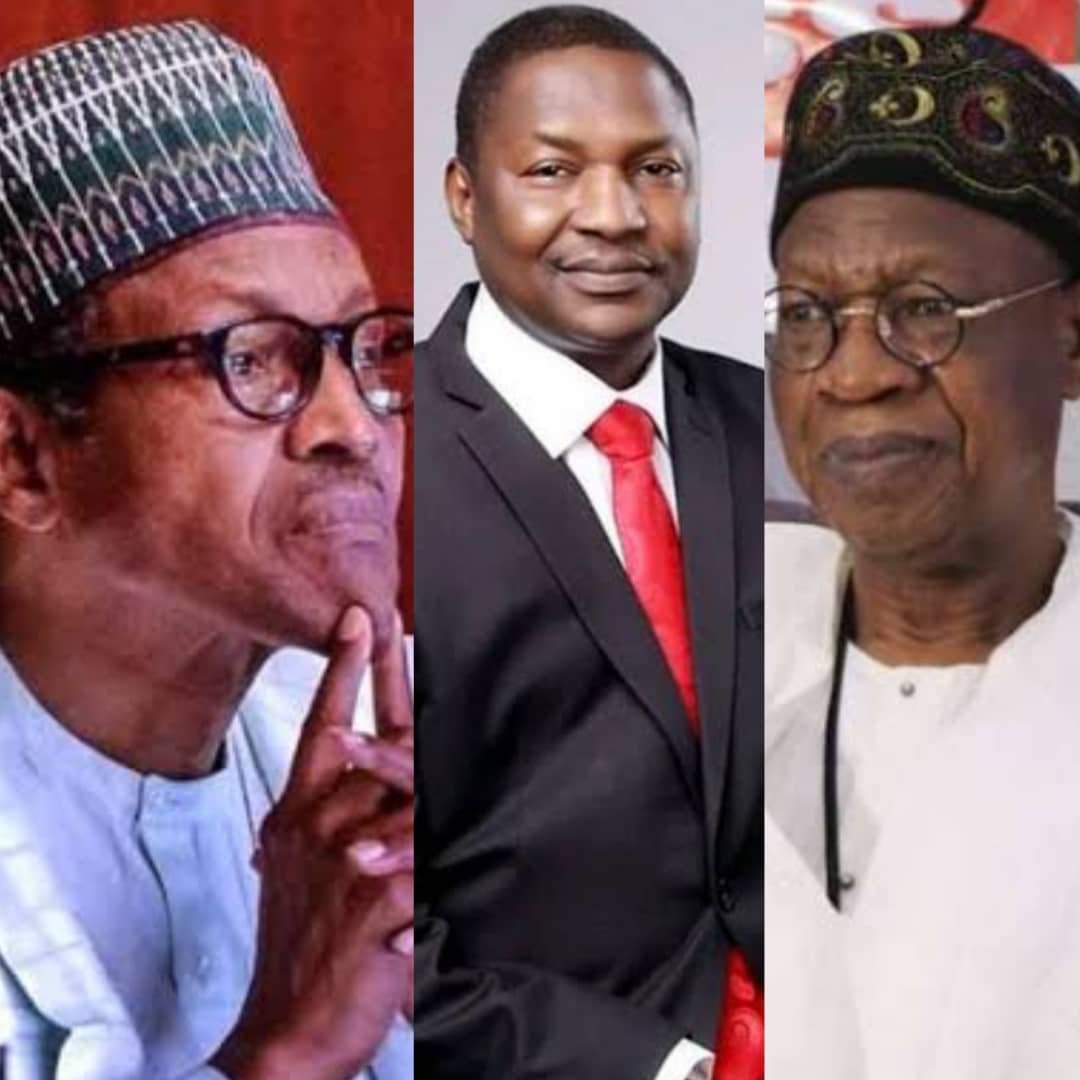 Minister of Information and Culture, Lai Mohammed, the Attorney-General of the Federation, Abubakar Malami (SAN), and the Federal Government have been sued over the ban of Twitter in Nigeria.

It’s eleven days now after President Muhammadu Buhari-led government announced the ban of the microblogging platform in the country.

Nigeria’s Minister of Information and Culture, Lai Mohammed, announced the suspension in a statement signed by his media aide Segun Adeyemi. The minister cited the persistent use of the platform for activities that are capable of undermining Nigeria’s corporate existence.

He also directed the National Broadcasting Commission (NBC) to immediately commence the process of licensing all OTT and social media operations in Nigeria, it added. Despite outrage and call by Nigerians to revoke the decision, the government insist the social media platform will remain shutdown from use in the country.

Inibehe Effiong, a human rights lawyer has, however, condemned the ban, declaring it as illegal. Effiong in a case file marked FHC/L/CS/542/2021, seek nine reliefs including an order of perpetual injunction restraining the respondents from further suspending, deactivating or banning the operation and accessibility of Twitter or any other social media service in Nigeria.

Effiong asked the court to declare as illegal the threat of criminal prosecution issued by Malami and Mohammed against Nigerians who ‘violate’ the suspension or ban of Twitter, despite the absence of any written law.

The activist asked the court to declare that the act of the respondents in “suspending the operation and accessibility of Twitter in Nigeria without any written law that is reasonably justifiable in a democratic society enabling the said suspension is unconstitutional, unjustifiable, undemocratic, arbitrary, null and void and amounts to a violation of the right of the applicant and other Nigerians to use Twitter for expression, reception of information and impartation of ideas and is therefore contrary to Section 39 of the Constitution of the Federal Republic of Nigeria, 1999 (as amended) and Article 9 of the African Charter on Human and Peoples’ Rights (Ratification and Enforcement) Act, Cap. A9 L.F.N. 2004. Laws of the Federation of Nigeria, 2004.”

In his supporting affidavit, Effiong, who is also the National Legal Adviser of the African Action Congress and Co-Convener of the Coalition of Human Rights Defenders, said he was an active Twitter user since 2021 and currently has 45,500 Followers and follows 13, 600 accounts on the platform including dozens of accounts of broadcast stations in the country.

According to Effiong, as a public affairs commentator, he uses the microblogging platform to express his views on the failure, inadequacies and performance of the government at all level, including the Federal Government of Nigeria and its agencies.

Effiong recalled that on June 1, 2021, the President, Major-General Muhammadu Buhari (retd.), who is a Twitter user, tweeted a series of tweets in a thread in response to the agitations in the South East on his verified Twitter account with the handle @MBuhari with millions of followers.

Effiong pointed out that it was a known fact that every Twitter user had agreed to abide by the rules of the platform before being allowed to use it.

He said the decision of the respondents to suspend Twitter have gravely “infringed on my freedom of expression and that of broadcast stations and other Nigerian citizens who depend and rely daily on Twitter for information, expression and impartation of ideas. This has caused me emotional trauma and distress and limited my capacity to connect with the global community.”