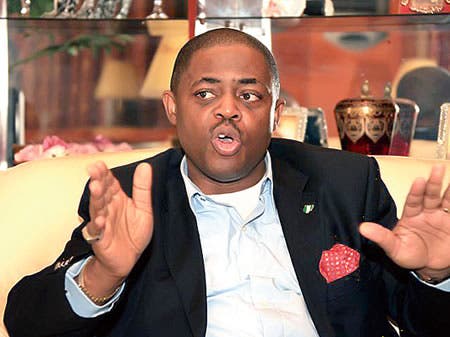 Former Aviation Minister, Femi Fani-Kayode has reacted angrily to the appeal by the Nigerian Army for Boko Haram and other insurgents to drop their weapons and repent.

The chieftain of the Peoples Democratic Party (PDP) expressed disappointment that the Army could resort to begging terrorists whom he described as murderers and killers.

It will be recalled that the general officer commanding (GOC), 7 Division, Nigerian Army, A A Eyitayo, had asked Boko Haram terrorists to drop their arms and surrender.

Brigadier-General Eyitao stated this on Sunday at an event organized for journalists by the army in Maiduguri, Borno state capital.

According to the Army commander, the insurgents are in disarray because of the continued bombardment by troops of the Nigerian military.

He asked the insurgents to take advantage of the opportunity to be rehabilitated and reintegrated into society.

“We are not here for bloodletting, nobody is happy that people are dying.

“Some of them (insurgents) are listening to the media so it is good for us to appeal to them through the media to shun violence, turn up to seek forgiveness and reconciliation,” he said.

“Since when has the Nigerian Army resorted to begging murderers, killers and terrorists? How are the mighty fallen!” he tweeted.