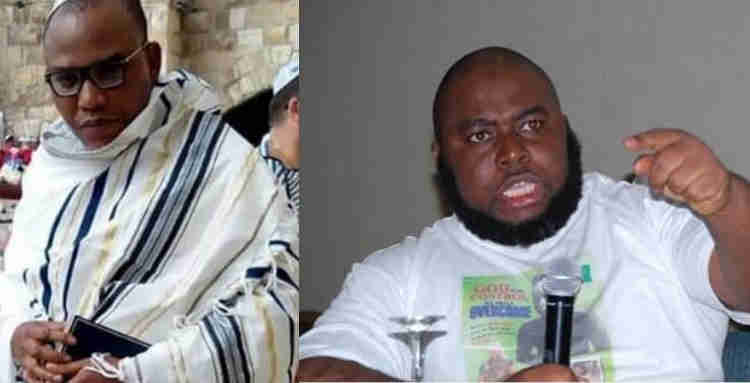 The head of the Biafra Customary Government (BCG), Mujahid Asari Dokubo, has described the leader of Indigenous People of Biafra (IPOB), Nnamdi Kanu, as a criminal.

The former Niger Delta militant leader stated this in a video he released on social media.

While accusing the IPOB leader of using the “Biafran struggle” as a business venture, Dokubo claimed Nnamdi Kanu has been diverting funds meant for the Biafran cause.

Dokubo said: “They are now telling us India, Russia etc. This is how they audit accounts. This is what Biafra will look like under the criminal Nnamdi Kanu.”

“They claim that they brought money to Cotonou to give to me — N20 million. We are waiting for them to bring the evidence. They came to Cotonou to meet with me and I hosted them. They did not bring a dime.

“Biafra is your business now, you have no other avenue for gainful income. It is a pity how Igbo people have fallen for this evil, but your time is up.

“I am out for you. And I will get you. I just asked that our people be allowed to vote and you sent your dogs. I’ve broken their teeth.

“Nnamdi Kanu, I’m not in your category but for this, I will surely bring you down. I will destroy this evil empire that is working as a hindrance to the restoration of Biafra.”

Recall that the leader of the Movement for the Actualization of the Sovereign State of Biafra (MASSOB), Ralph Uwazuruike, had in the past repeatedly described Kanu as a fraud.