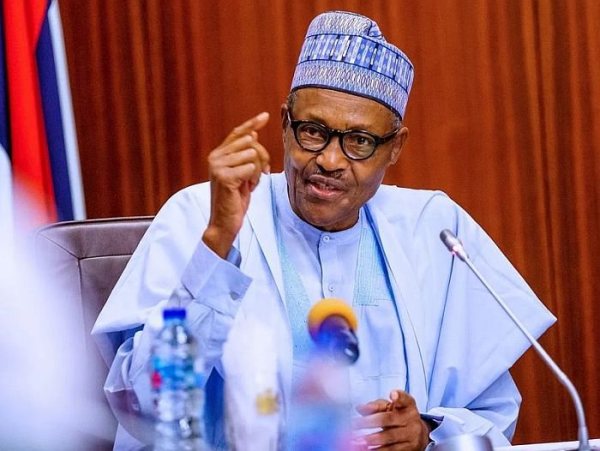 President Muhammadu Buhari has reacted to the suspension of operations of the microblogging and social networking service, Twitter in Nigeria.

Recall that the Minister of information and Tourism, Lai Mohammed, had announced the indefinite suspension of Twitter’s operations in Nigeria.

He said that the government suspended the platform because of “the persistent use of the platform for activities that are capable of undermining Nigeria’s corporate existence.”

The microblogging platform was suspended after deleting the tweet of President Muhammadu Buhari on civil war.

Meanwhile, the suspension of the platform has continued to spark widespread outrage with many Nigerians, condemning the move.

But during an interview on Arise News on Thursday, when quizzed on when the Twitter ban would be lifted, Buhari declined to comment.

“I will keep that to myself,” Buhari said.

However, some Nigerians have continued to flout the ban by using Virtual Private Networks (VPNs) to access their accounts.

The Minister of Justice and Attorney General of the Federation, Abubakar Malami, on Saturday, directed immediate prosecution of violators of the ban on Twitter operations in Nigeria.

He directed the Director of Public Prosecution of the Federation (DPPF) at the Office of the Attorney General of the Federation and Minister of Justice, to commence in earnest the process of prosecuting violators of the de-activation of operations of Twitter in Nigeria.

A statement by the minister’s media aide, Umar Gwandu, reads: “Malami directed the DPPF to liaise with the Ministry of Communication and Digital Economy, National Communication Communication (NCC) and other relevant government agencies to ensure the speedy prosecution of offenders without any further delay.”