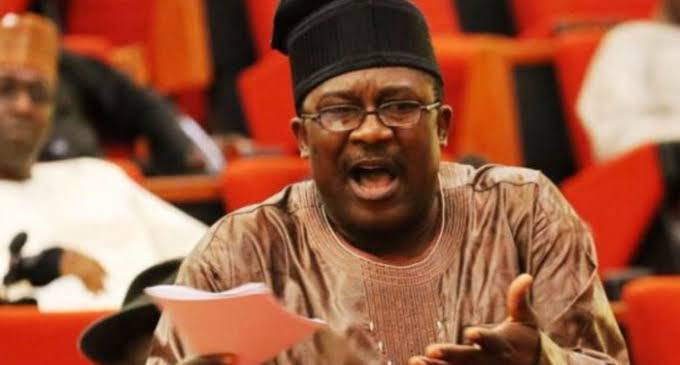 Senator representing Kogi West in the National Assembly, Smart Adeyemi, has again come hot on his colleagues during a plenary.

The All Progressive Congress (APC) lawmaker, during a recent plenary, was seen yelling at fellow lawmakers, suggesting that the assembly be shut down if they cannot save the nation from its current state of insecurity.

See the video below as captured by The PUNCH from TVC live programme.

Let Us Shutdown National Assembly, If We Can't Save The Nation- Sen Smart Adeyemi pic.twitter.com/dZzL0NhieH

A month and some days ago, Smart Adeyemi revealed the solution to farmers-herders clashes in the country.

Adeyemi who spoke with reporters said the only to bring about peace in the rural communities is to encourage the modern way of farming and motivate more young Nigerians to make a career in agriculture.