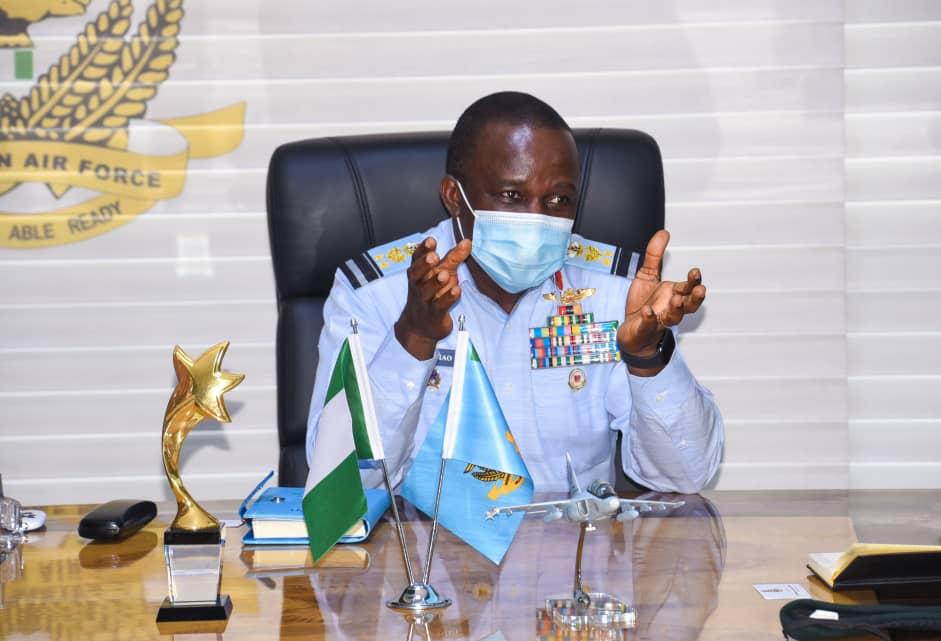 The Nigerian Air Force on Friday noted why its pilots should not be questioned over recent NAF plane crashes, including the crash which led to the death of the Chief of Army Staff, Ibrahim Attahiru and 10 other military officers.

Recall that a NAF Beechcraft King Air 350i last Friday crashed after the pilot diverted from the military airport due to bad weather.

The incident that happened last Friday was the second time that a NAF Beechcraft King Air 350i would crash in 2021.

Due to the recent crash, some Nigerians have questioned why senior and more experienced pilots, such as Squadron Leaders or Wing Commanders, are not being deployed to fly dignitaries such as the COAS and top generals.

The Director of Public Relations and Information of NAF, Air Commodore, Edward Gabkwet, disclosed that the pilot who flew the ill-fated military plane, Taiwo Asaniyi, was a Flying Lieutenant with thousands of flying hours.

He said the late pilot and some of his colleagues, including the pilot who flies the President, had been flying since they were cadets at the Nigerian Defence Academy.

He said, “On people saying a senior ranking officer should have flown the Chief of Army Staff and others, people don’t know him (the captain of the crashed plane). He and the pilot flying the President are both Flight Lieutenants. He flew more hours than some of us. He had been flying since his time at the Nigerian Defence Academy. He started flying as a cadet.

“As a captain on the Beechcraft, he had flown 2,450 hours, which was in 2019. So he would have flown nothing less than 5,000 hours since his cadet days. He had been flying the COAS and other VVIPs on that same Beechcraft. He was 29 years old. Because he had an accident doesn’t mean he didn’t have experience.

“He travelled every year for retraining. Our training involves a partnership with the manufacturers of the planes. It is rigorous; it’s not something taken with levity.”

The Gabkwet also debunked insinuations that the planes in the NAF fleet were old, noting that the ill-fated Beechcraft plane was one of the best in the world.

He also said the planes were bought brand new just about six years ago.

“The one that crashed in January was given to us by the Nigerian Maritime Administration and Safety Agency. So, the accident wasn’t about the aircraft. Everyone is saying the weather that day was bad. Even in Abuja, it was bad.”

The NAF spokesperson also said an investigation into the accident had commenced in collaboration with the Accident Investigation Bureau, and that information would be retrieved from the black box and control tower tapes.

Gabkwet said due to the nature of the military plane crash, its report would be made available to the public when concluded.

He said, “The AIB said they had found the black box. But as for the time frame for the investigation, maybe I’ll find out and get back to you. There will be a time frame. The bottom line is this: as soon as we are ready, we are going to have a joint press briefing and nothing will be hidden. Of course, you know why this latest crash is very important.

“Air accidents and their investigations are essential to finding out what caused the accidents to take lessons to avert similar occurrences in the future. We don’t have to massage any ego at all. If you look at it from that angle, you will know that it is painstakingly and carefully done.

“Some Nigerians have been saying we didn’t come out with the reports on past accidents. But military investigations regarding plane crashes won’t necessarily let the public know what happened because the outcomes have implications on operations, the morale of the pilots, and so many other things.

“However, on the latest accident, we have assured the public that we will let them know the outcome of the investigation so we can all take lessons from there and prevent future crashes.”