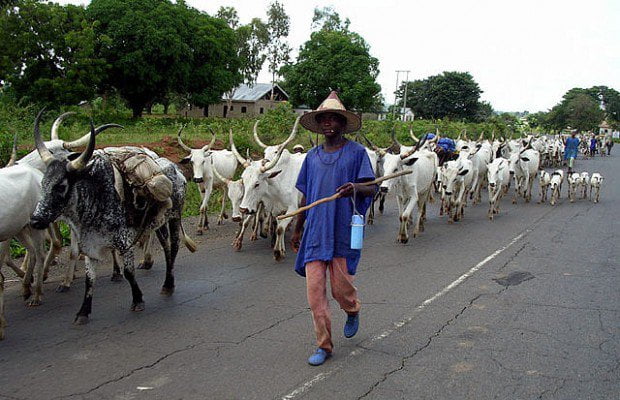 Some Fulani herdsmen migrating from Oyo to Kogi State through Kwara were driven out on Thursday by some youths in the Ojoku and Offa communities of the state.

It was gathered that the resident of the Oyun and Offa Local Government areas repelled the migrants who were migrating from the neighbouring South-West state into the middle-belt areas.

Naija News learnt that the herdsmen with thousands of cows were sighted by the youths, who mobilised and stopped them from entering the area. They were said to be migrating from Iseyin in Oyo to Lokoja in Kogi State when they were accosted.

In the same vein, another group of herdsmen who were passing through Ajase-Ipo en route Lokoja in Kogi State were escorted out of Offa by security agents to prevent the attack on them.

The Public Relations Officer of the Nigeria Security and Civil Defence Corps in Kwara State Command, Babawale Afolabi, who confirmed the development to newsmen said the leader of the herders, Mohamadu, confessed that they were migrating to Lokoja to join their families.

He said that the efforts of men and officers of the NSCDC saved the breakdown of law and order in the two communities earlier in the day.

Babawale in a statement said, “The NSCDC personnel (arms squad) from Offa accosted them at Igbawere (Offa Local Government Area) and interacted with the Bororo leader, Alhaji Muhammodu, who informed the personnel that they are heading to Lokoja via Ajase-lpo.

“All the youth in Ojoku, Igbawere and local hunters were there to see them moving towards their destination.”