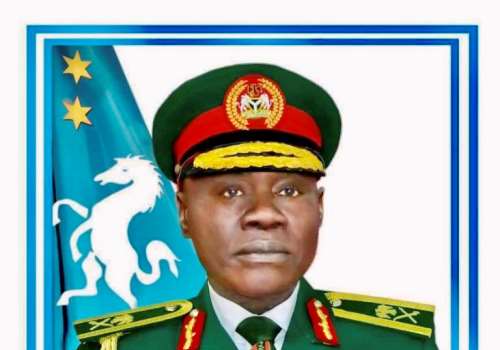 Yahaya will now oversee all army operations and activities all over the country. His appointment was made public via a statement signed by Onyema Nwachukwu, the acting director of defence information.

All you need to know about Farouk Yahaya:

1. Major General Farouk Yahaya is of Regular Course 37 of the Nigerian Defence Academy

2. He hails from Zamfara State.

3. Until his appointment, he was the Theatre Commander Operation Hadin Kai, formerly known as Operation Lafiya Dole in the Northeast.

4. Yahaya took over from Maj.-Gen. Olusegun Adeniyi, who was redeployed to the Nigerian Army Resource Centre as Senior Research Fellow.

5. He was also formerly General Officer Commanding Officer of the 1 Division of the Nigerian Army.

6. Yahaya was also the Commander of 4 Brigade Headquarters of the Nigerian Army.