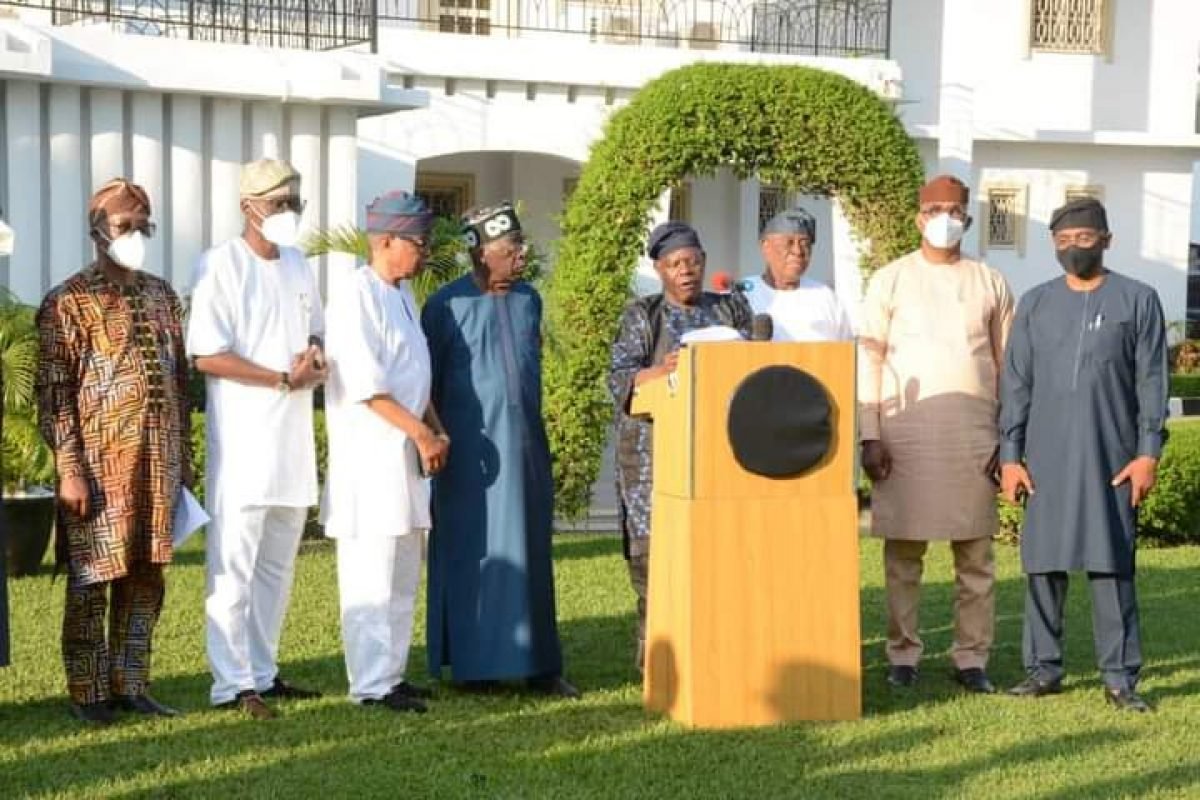 The umbrella body for Yoruba self-determination groups, Ilana Omo Oodua, has berated some leaders of the All Progressives Congress (APC) in South West for rejecting calls for separation of Nigeria.

Speaking to reporters on Sunday in Lagos, the APC leaders noted that Nigeria needs religious and ethnic unity to progress and not secession.

However, in a statement released on Monday through its spokesperson, Maxwell Adeleye, the group said Tinubu and others made the decision because of their ambitions.

The group headed by Prof Banji Akintoye described the APC leaders’ decision as unfortunate, clarifying that the group is for self-determination, not secession.

According to the statement, the APC leaders that “history will not be kind to them” for “opposing the wish of the people”.

The statement reads: “People need to correct this. It is not secession. What we are fighting for is the self-determination right of our people as guaranteed by the United Nations Charter on Human rights and even the 1999 constitution.

“It is our right to fight for self-determination. Tinubu and others are entitled to their opinions. Conduct a poll and you will see that a majority of Yoruba people want their own nation.

“It is unfortunate that Chief Bisi Akande is present where the yearning and aspirations of Yoruba people will be denied. If his mentor, the late Chief Bola Ige – is alive, will Bisi Akande say the things he read out yesterday?

“If the likes of Tinubu, Baba Akande because of their ambition are not careful, history will not be kind to them for standing against the yearnings and aspirations of the people. Without the people, they cannot be leaders.”