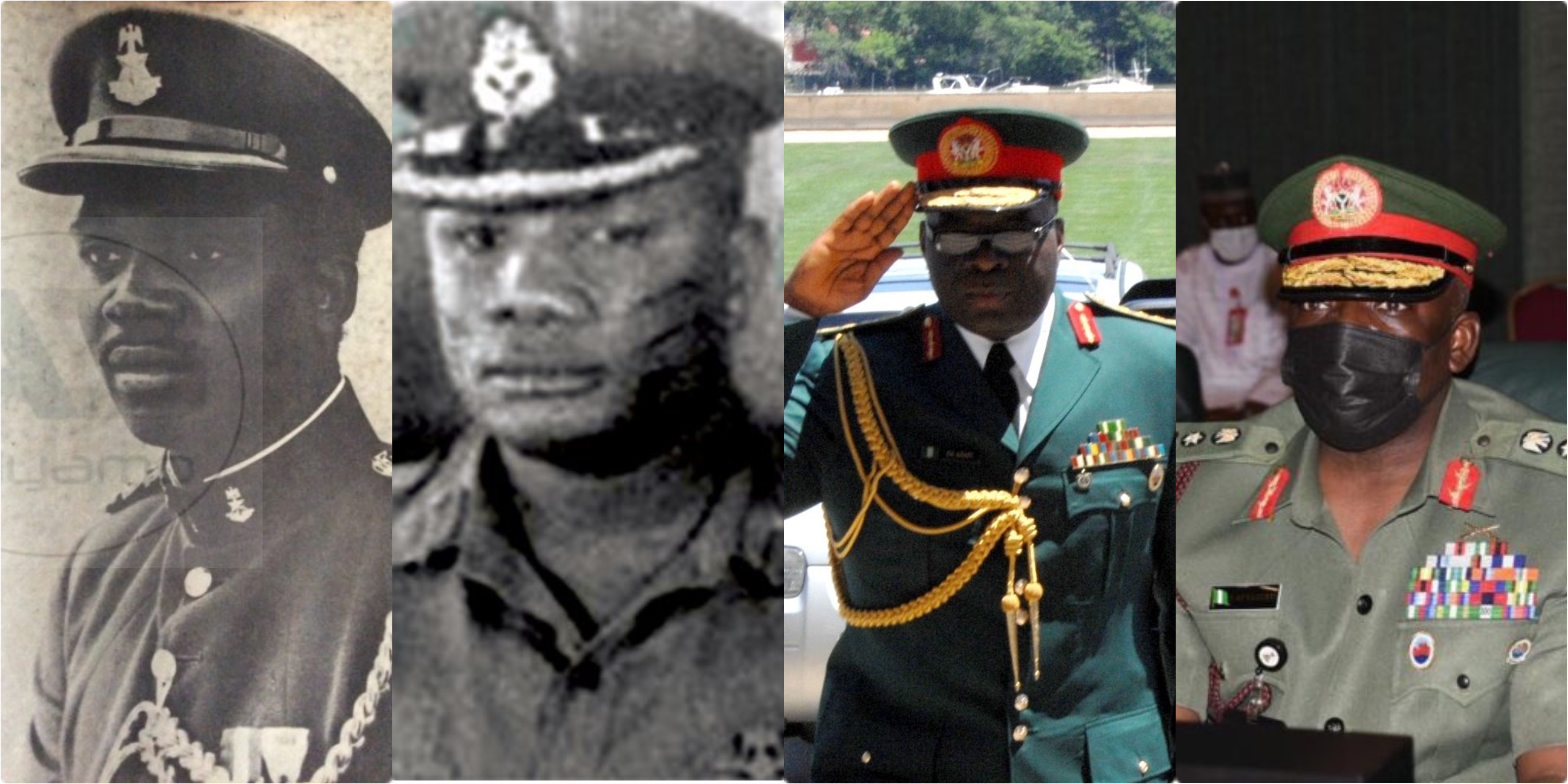 Ibrahim Attahiru is the fourth service chief that the country will be losing to aircraft mishaps.

There is no doubt at all that the shockwave of Friday’s military aircraft crash is still rocking the country. The mishap makes it the third time a military aircraft has been involved in a fatal accident within the past three months — claiming the lives of at least 20 officers in that fraction of time.

Condolences have been pouring in for families of the victims of the unfortunate incident.

Ibrahim Attahiru, chief of army staff, was one of those who died in the crash. Barely four months into his service, he was forcefully ejected by the cold hands of death in circumstances that have, historically, been a peril to Nigerian service chiefs.

Attahiru is the fourth service chief that the country will be losing aircraft mishaps. Akahan was a 30-year-old, who was appointed as Nigeria’s chief of army staff a couple of months before his death, in May, 1967.

It was the inception of the Nigerian civil war, Akahan, after a visit to the frontline in Nsukka, returned to his hometown in Gboko for a brief rest.

He then commenced the journey back to Makurdi, Benue state capital.

He had barely left his native land when the helicopter conveying him crashed.

He and two pilots in the aircraft did not survive the crash. Alao died at the age of 32, just two years into service as Nigeria’s chief of air staff.

He showed promise and intent as he was one of the young officers who was capable of taking the wheel of the Nigerian Air Force from foreign hands and leading it successfully.

He died in active duty while taking a solo flight in an L-29 aircraft. He encountered bad weather somewhere around Benin and ran out of fuel while straining to navigate the fog.

His attempt to make an emergency landing was terminated by trees and the aircraft crashed. He did not survive it. Unlike others on this list, Azazi died after he had left service.

He was first appointed chief of army staff in 2006 by former President Olusegun Obasanjo. Then he was named chief of defence staff by the administration that came after, led by the late Musa Yar’Adua.

He was replaced by Paul Dike in 2008 and he retired from the military subsequently.

He was tapped to be the national security adviser (NSA) by former President Goodluck Jonathan in 2010.

He was sacked in June 2012 owing to the rising security challenges in the north.

Just a few months later, he died in a helicopter crash around Okoroba Village in Bayelsa. He was aboard the aircraft with Patrick Yokowa, former governor of Kaduna, and none of them survived.

They were returning to Port Harcourt airport after attending the burial ceremony of the father of Oronto Douglas, a special adviser to Jonathan on research and documentation. The 54-year-old only replaced Tukur Burutai as chief of army staff in January.

As the country’s security situation worsened, some Nigerians called for the removal of the service chiefs, and President Muhammadu Buhari heeded.

Attahiru was on an official trip from Abuja to Kaduna when the aircraft encountered inclement weather, according to military authorities.

He and his entourage of 10 officers died as the aircraft nosedived aground.