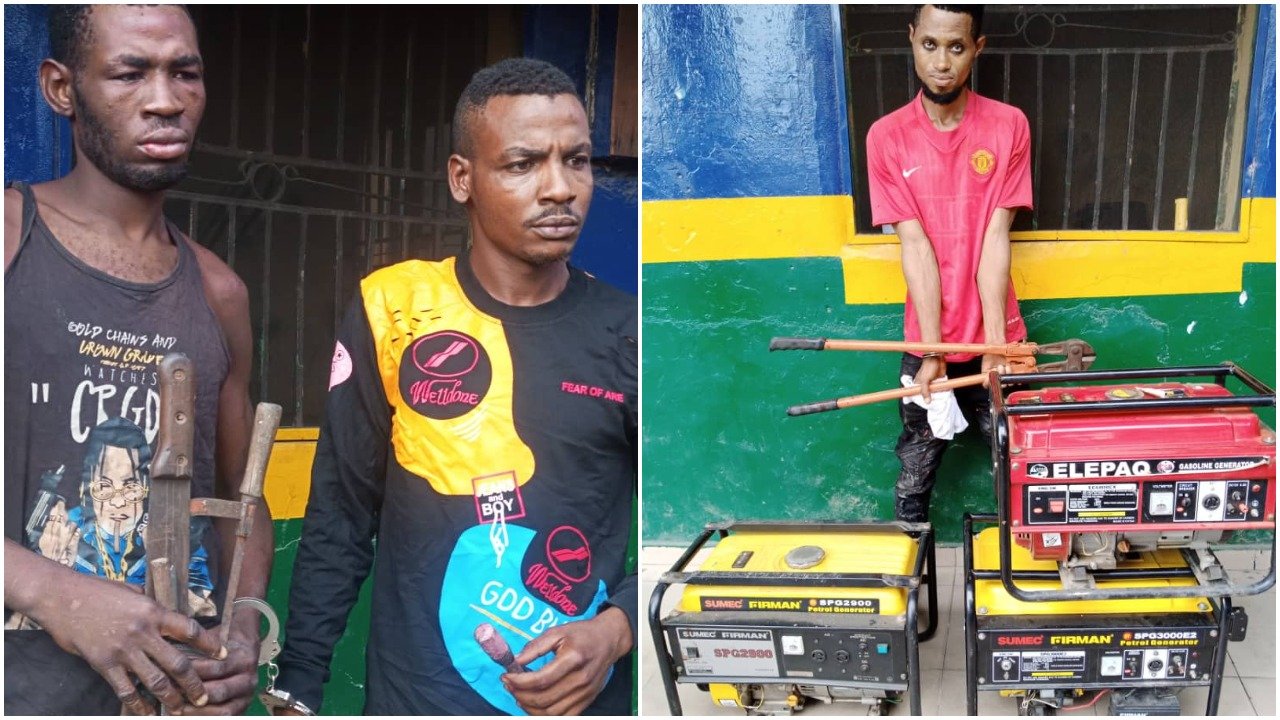 The suspect has been terrorising and breaking into people’s houses at Ikotun, Igando, Surulere and other places.

A statement by Lagos Command spokesman, Muyiwa Adejobi, said one large cutter for breaking into houses and three generators were found.

They were caught with two dagger knives, giant cutter, one cutlass, catapult and some weed suspected to be Indian hemp.

Commissioner of Police, Hakeem Odumosu, has directed that the suspects be handed over to the command’s Special Squad, Ikeja, for further investigation and prosecution.