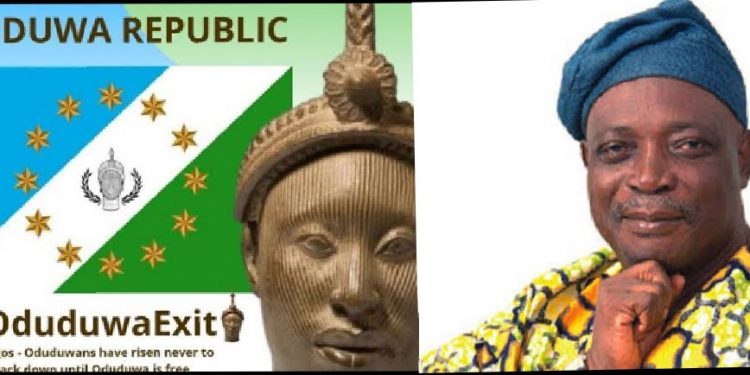 A former Governor of Oyo State, Rasidi Ladoja, on Thursday said the agitators of Oduduwa Republic are novices.
Ladoja noted that some of the agitators are not aware of how the war in Syria started and what it means to desire a secession.

Ladoja who spoke during this year celebration of the Eid-el-Fitri celebration in Ibadan said he supported the ban on open grazing.

He said: “Some of the agitators for the Yoruba Nation don’t even know what it means, nobody knows how the war in Syria started and it takes years before it ends.

“They have to take it easy. There will be the time God will give us good leaders”.

Ladoja backed the decision of the Southern governors to ban open grazing across their regions.

Speaking with reporters at his Bodija, Ibadan residence after observing the Thursday Eid prayers, Ladoja said he decided to back the ban on open grazing because that practice is not sustainable,

He noted that the governors need to do more in terms of implementing the ban on open grazing which he said had been passed in most states of the federation.

Ladoja said “Most of us know that open grazing is not sustainable, we are still practicing what was been practicing 50 years ago, let’s find a way of going for sustainable systems. The number of cows people are eating today has increased, all over the world, there are more cows than human beings, yet, they maintained it without grazing openly.

“All over the world, many countries don’t have open grazing, we should also adopt and we should now see cow herding as a business that should be taken seriously