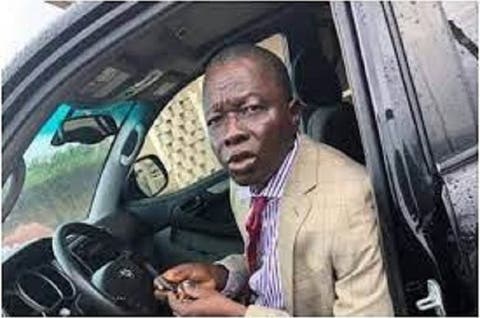 The kidnappers of a pastor of Deeper Life Bible Church, Otamayomi Ogedengbe, have demanded N30 million ransom from the family of the cleric.

Unknown gunmen abducted the clergyman from his church at Irese on the outskirts of Akure on Monday night.

In an interview with reporters on Thursday, wife of the pastor, Yinka Ogedengbe, said the kidnappers contacted his family early Thursday morning with a demand for N30 million ransom.

She, however, appealed to security agencies to rescue her husband on time because of his health status.

The wife also begged Nigerians to assist the security agents to help her secure the release of her husband.

The woman said her husband was abducted at the tail end of the church service by the armed men.

She added that her husband was driven away in a car by his abductors who shot sporadically into the air to scare church members away.

She said, “I beg all Nigerians to help the release of my husband. He is man of God who cannot hurt a fly.”

Meanwhile, the Ondo state Commissioner of Police, Bolaji Salami, has directed his men to rescue the pastor unhurt.

Confirming this, the Spokesman of the state police command, Tee-Leo Ikoro, assured that the command would do everything within its power to arrest those behind his abduction.