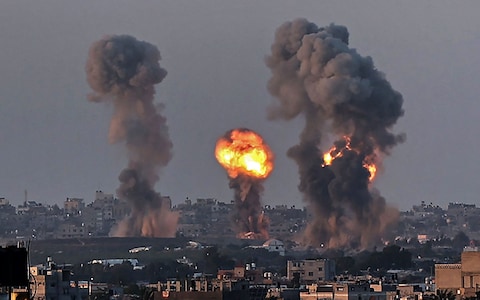 António Guterres, the UN Secretary-General, on Wednesday declared that the de-escalation of the Israel-Palestine conflict was “an absolute must”, insisting that the mounting death toll, including children, is totally unacceptable.

Guterres disclosed this after meeting with the Russian Foreign Minister, Sergey Lavrov, in Moscow.

He explained that an end to the violence was needed “to protect the lives of civilians that are now dying in totally unacceptable circumstances.”

According to news reports, the violence between both countries has seen over 50 Palestinians killed along with 6 Israelis since Monday.

Meanwhile, Stéphane Dujarric, the UN Spokesperson briefed journalists in New York at the regular noon press conference on the update given by Tor Wennesland to the Council, which met behind closed doors.

Dujarric said, “We’re very concerned by the growing civilian casualties in both Gaza and Israel, and deeply saddened by reported deaths of children in Gaza.”

Dujarric said that both the Secretary-General and Wennesland had both reiterated that “Hamas and other militants’ indiscriminate launching of rockets and mortars violated the humanitarian law.