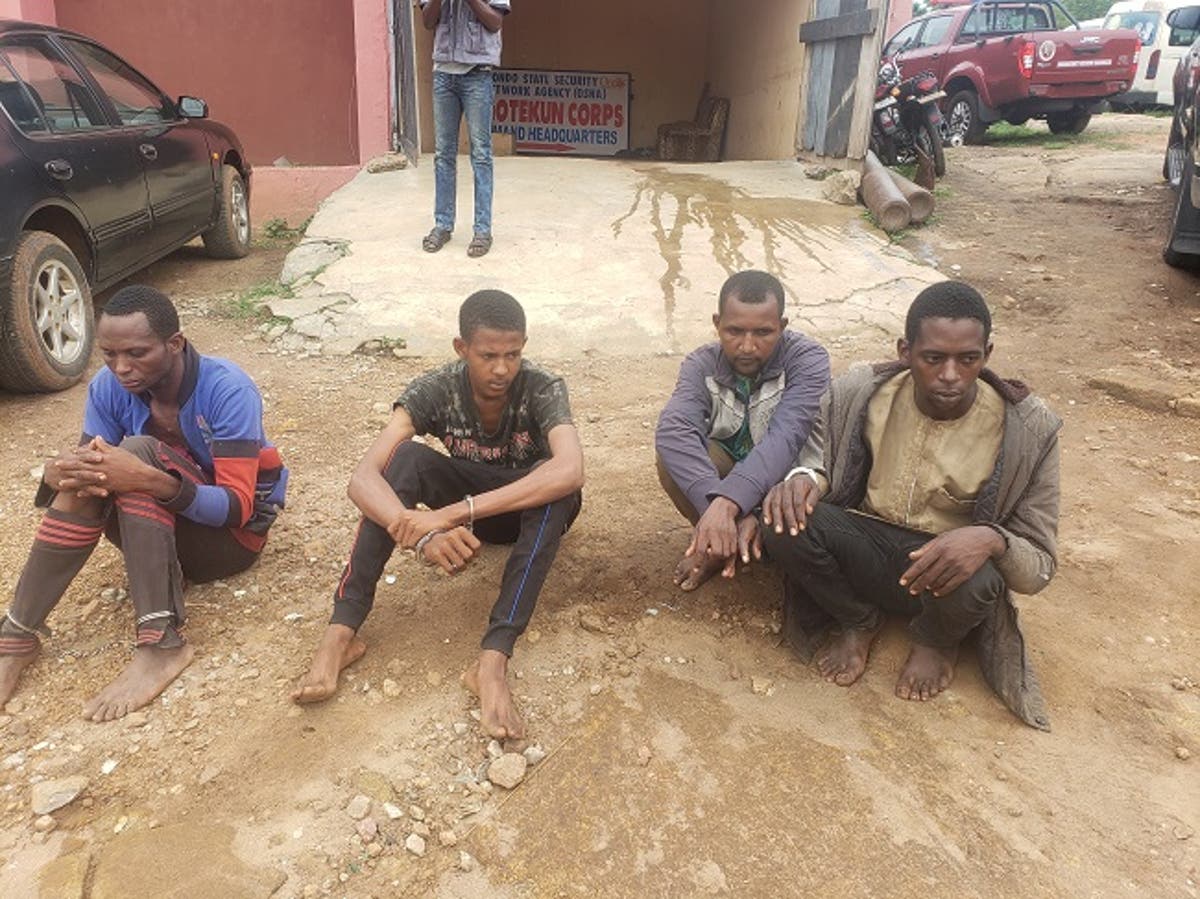 Operatives of Amotekun in Ondo state have arrested four kidnappers in the state.

Four kidnappers have been arrested by members of the Ondo State Security Network codenamed Amotekun Corps.

Last Friday, the kidnappers had missed their target, a businessman living around Oda Road in Akure, the capital.

They then resorted to abducting three persons who were taking shelter from the rain at a bus stop.

Two of the victims were rescued but the kidnappers reportedly changed location and held on to the remaining victim demanding payment of ransom.

It was in the course of collecting ransom that one Usman Garuba was arrested by Amotekun operatives.

Usman took security operatives to their hideouts where others were arrested and the remaining female victim was rescued.

“This Umar Garuba has confessed to carrying out other kidnapping activities,” Adeleye said.

In a chat with journalist, Usman said he was introduced by a man he called his master who promised to give him a job.